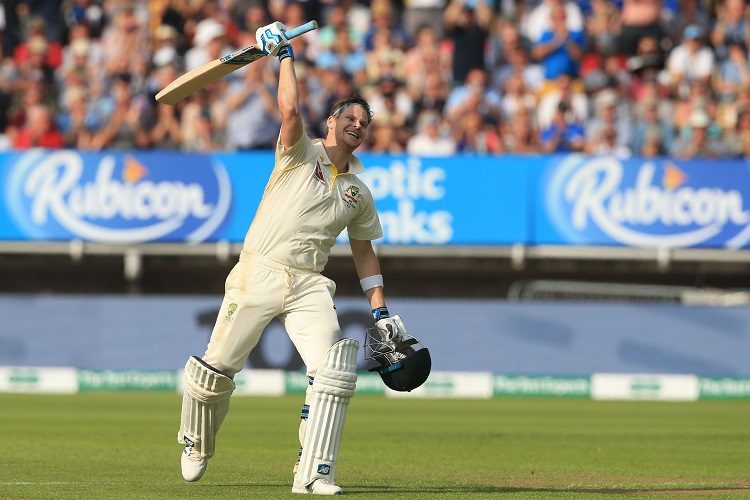 Steve Smith scored perhaps his greatest ever century and one of the great Test innings, on his return to the format after 16 months. It helped revive Australia from a perilous position, but the former captain revealed periods of self-doubt and lack of desire he went through during the ban.

Elsewhere, there was a tied match in the Vitality T20 Blast, while Brampton Wolves continued their excellent maiden campaign.

Steve Smith, in his first Test in 16 months, scored his 24th Test century to help rescue Australia from 122/8 and post 284 in the first Ashes Test against England.

The home bowlers were unstoppable in the early parts of the Test, as Australia’s top order crumbled. But Smith guided the innings, first with Travis Head, and more importantly, with No.10 batsman Peter Siddle later on, to revive Australia.

England were hampered by the fact that they had one bowler less – Jimmy Anderson managed just four overs before his calf injury returned – but that’s not to take away from Smith’s brilliant, emotional ton, which can legitimately be considered an all-time great knock.

England saw off two overs at the end of the day, scoring 10.

Steve Smith has already scored perhaps the match-defining century of the first Ashes Test, but he has revealed a deep struggle during his 12-month ban that said worried him to such an extent, he felt a lack of desire to play cricket.

The elbow injury he suffered while playing the Bangladesh Premier League may have seemed innocuous from the outside, but Smith revealed it had a debilitating effect on his mental state. "There were times throughout the last 15 months where I didn't know if I was ever going to play cricket again," Smith said. "I lost a bit of love for it at one point, particularly when I had my elbow operation, and it was really bizarre, it was the day when I got my brace off my elbow I found my love for it again.

“I don't know what it was, it was like a trigger to go again, I want to play, I want to go out and play for Australia and I guess make people proud and just do what I love doing.

"I've never sort of had those feelings ever before where I didn't have a great love for the game and it was there for a little while. Fortunately that love's come back and I'm really grateful to be in this position now, playing for Australia again and doing what I love."

Half-centuries from Heino Kuhn and Alex Blake helped Kent post 204/4 against Middlesex. Hardus Viljoen’s 3/32 and Mohammad Nabi’s 2/32 then helped restrict Middlesex to 176/7 for a 28-run victory.

Hampshire saw off Essex by seven wickets in Chelmsford. Essex were first bundled out for 133, with Mason Crane returning 3/24, before James Vince scored a 54-ball 87* to help power through the chase in 15.4 overs.

There was a thrilling tie in Cardiff when Glamorgan and Gloucestershire both ended with 172 on the board. Glamorgan were first kept to 172/5, with Fakhar Zaman scoring a 43-ball 58 and Chris Cooke scoring a 21-ball 42*. Gloucestershire had a troubled start, but they managed to match that thanks to Andrew Tye’s 18-ball 38*.

Brampton Wolves, playing their first ever tournament, managed their third win of the ongoing GT20 Canada 2019 after an all-round effort.

They first bundled out Winnipeg Hawks for 116 in 18.5 overs, with all of Rohan Mustafa, Ish Sodhi, Shahid Afridi and Zahoor Khan picking two wickets each. Shaiman Anwar scored an 18-ball 31 in what was the highest score of the innings, but it was far from enough given the middle-order implosion that followed.