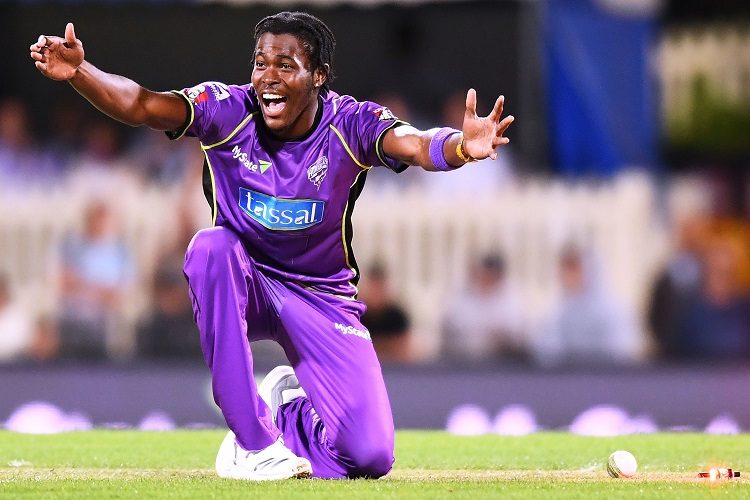 England have announced their squad for the 2019 World Cup. Sri Lanka have not named their XV yet, but have replaced Lasith Malinga with Dimuth Karunaratne as captain. India have named three standbys for the World Cup. And in IPL, Sunrisers Hyderabad beat Chennai Super Kings with some ease.

No Archer in England squad

England have not picked Jofra Archer for the upcoming World Cup. Instead, the have opted for a pace attack consisting of Tom Curran, Liam Plunkett, David Willey, Chris Woakes, and Mark Wood, in addition to Ben Stokes. The surprise inclusion is Joe Denly, who has not played an ODI since 2009. The squad reads:

Earlier this year, Karunaratne had created history by becoming the first Sri Lankan captain to win a Test series in South Africa. On the same tour, Sri Lanka were whitewashed in the ODIs and T20Is under Malinga.

India have named Navdeep Saini as one of their three reserves - in addition to their 15-man squad - for the upcoming World Cup. Saini has impressed with his pace in the ongoing IPL for Royal Challengers Bangalore.

Saini, along with Deepak Chahar, Khaleel Ahmed, and Avesh Khan, will travel to England with the main team as net bowlers.

Ambati Rayudu and Rishabh Pant, the other two Indian reserves, were strong contenders for main the World Cup squad.

Chennai Super Kings had won their last 4 matches while Sunrisers Hyderabad had lost their last 3 before they clashed on Wednesday night. However, both streaks ended as Hyderabad beat Chennai comfortably, by 6 wickets and with 19 balls to spare.

Chennai struggled to reach 132/6 (Faf du Plessis 45 in 31 balls) in the absence of the injured MS Dhoni. Rashid Khan got 2/17, while Bhuvneshwar Kumar, Khaleel Ahmed, and Vijay Shankar all conceded 5.50 or lower.

In response, David Warner (50 in 25) and Jonny Bairstow (66* in 44) as good as decided the match with a 66-run opening stand in 34 balls. The middle order has been a concern for Hyderabad, but Bairstow stayed till the end to see them through.