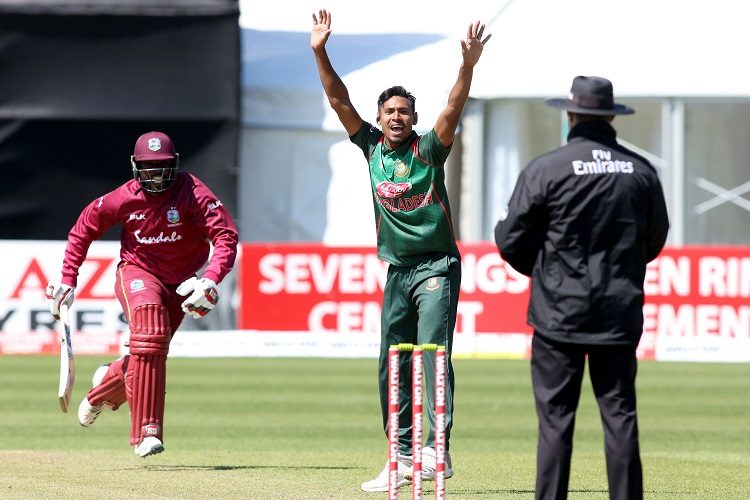 Bangladesh beat West Indies by 5 wickets to reach the final of the Tri-Series in Ireland; Sachin Tendulkar called Jasprit Bumrah “the best bowler in the world at this stage”; Mohammad Amir went down with suspected chickenpox; and ICC cleared England of ball-tampering allegations.

Bangladesh beat West indies to qualify for the final of the Ireland Tri-Series. Batting first, West Indies were reduced to 99/4 before Shai Hope (87) and Jason Holder (62) took them to 247/9. Mustafizur Rahman took 4/43 and Mashrafe Mortaza 3/60.

Soumya Sarkar (54) led Bangladesh’s response. West Indies hit back to reduce them to 107/3 before Mushfiqur Rahim (63) and Mohammad Mithun (43) won it for them with 16 balls in hand. Ashley Nurse finished with 3/60.

“Let me go on record and say that he [Bumrah] is the best bowler in the world at this stage,” told Tendulkar to IPLT20.com after the IPL 2019 final at Hyderabad. “I think he is bowling the best I have seen in his career, and the best is yet to come, hopefully.”

With figures of 2/14, Bumrah helped Mumbai defend 150 by a solitary run in the final. He was named Player of the Match. He finished the tournament with 19 wickets and an economy rate of 6.63.

Television cameras had caught Liam Plunkett rub his fingers over the ball during England’s second ODI against Pakistan, at the Rose Bowl. However, upon close inspection, ICC cleared Plunkett of ball-tampering.

Their press release read: “The ICC is aware of the unverified video that is currently circulating on social media. The match officials are comfortable that there was no attempt to change the condition of the ball or any evidence of this on the over by over examinations of the ball throughout the game.”

Mohammad Amir had sought medical advice after he had missed the second ODI against England. The doctors suggested a viral infection at first, but subsequent diagnosis suspect chickenpox.

If he does not recover on time, Pakistan may not consider selecting him when they submit their final squad for the World Cup. Two years ago, Amir had played a pivotal role in Pakistan’s win in the Champions Trophy final against India.