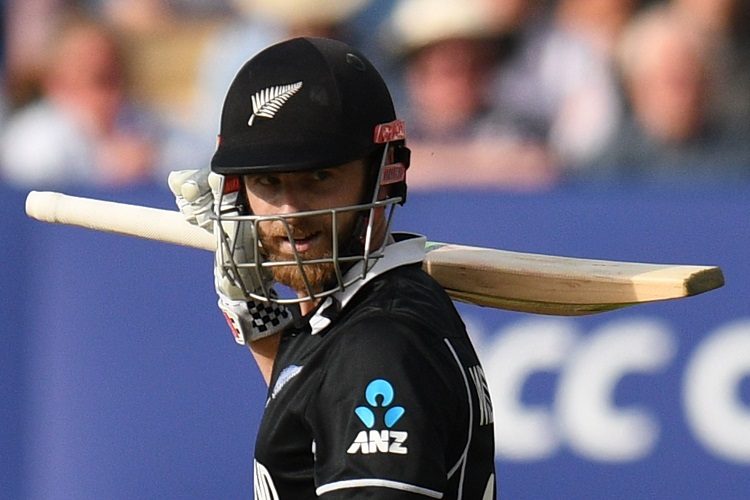 ‘Whatever dog we are, it’s important we focus on the cricket’

New Zealand captain Kane Williamson is confident that his team is capable of keeping in check England’s high-risk, high-reward style of play come the World Cup final and is not bothered about the ‘underdogs’ tag that is often bestowed upon New Zealand.

“A lot of people say that on a number of occasions which is great and I think England rightly so deserve to be favourites. Coming into this tournament from the start, they were favourites and they’ve been playing really good cricket,” Williamson said on the eve of the final.

“But whatever dog we are, it’s just important that we focus on the cricket that we want to play and we have seen over the years that anybody can beat anybody regardless of the breed of dog. We are really looking forward to the occasion and, like I say, the endpoint and the result, there’s a lot of time between now and that point. So focussing too much on it I don’t think is a positive thing and the focus for us as a group is what’s in front of us.”

‘It’s a World Cup final, and we’re not going to shy away from that’

England are in their first World Cup final since 1992 and captain Eoin Morgan, under whose leadership the team transformed itself after the debacle in the 2015 World Cup, is pumped up for the Sunday summit clash at Lord’s.

“It means a huge amount to me and everybody in the changing room. It’s a culmination of four years of hard work, dedication, a lot of planning and it presents a huge opportunity to go on and try and win a World Cup,” Morgan said on the eve of the match.

Former India all-rounder Yuvraj Singh said the India didn’t plan well enough for the crucial No.4 slot ahead of the World Cup. After India’s ouster from the tournament in the semi final, where they failed to chase 240 runs after finding themselves 5/3, questions were asked of the batsmen in the middle order who couldn’t handle the pressure of a World Cup knockout.

Yuvraj was also surprised at Ambati Rayudu’s exclusion from the squad after the batsman failed with the bat in one series. “It was disappointing to watch what they did with Rayudu. He was in the contention for the World Cup. He got runs in New Zealand but after three or four bad innings, he got dropped,” he said.

“And then Rishabh (Pant) came in and he got dropped. If No. 4 is a crucial position in ODI cricket, if you want someone to do well in that position, you will have to back him. You can’t drop someone if he is unable to do well all the time.”

Former India wicket-keeper Kiran More has been named USA’s interim head coach. He will replace Pubudu Dassanayake, who resigned from the position due to differences with USA Cricket. Dassanayake’s contract was supposed to end by December 2019 but the 49-year-old decided to call it quits early.

More, who played 49 Tests and 94 ODIs, has served as the chairman of the Indian selection committee and has also worked as a wicket-keeping consultant for the IPL team Mumbai Indians. In addition to More, USA have also named other support staff –Sunil Joshi has been named spin-bowling advisor, Pravin Amre and Kieran Powell are batting advisors and David Saker is the fast-bowling advisor.