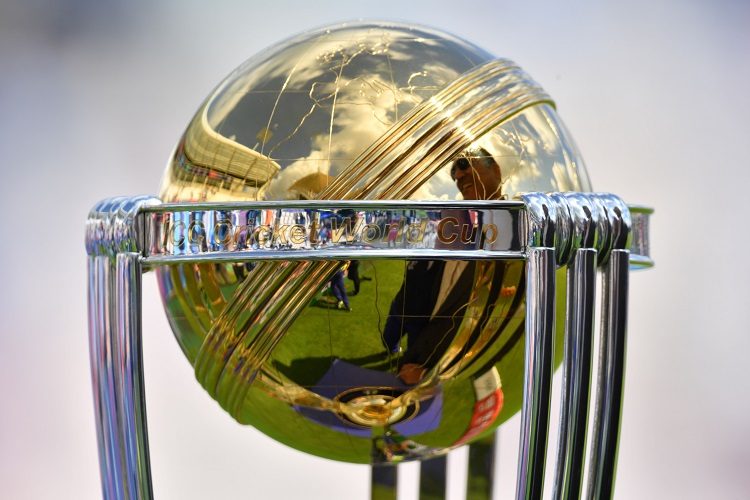 The ICC launched Men's Cricket World Cup League 2, a part of the new four-year qualification for the 2023 World Cup. This will witness seven teams -- Namibia, Nepal, Oman, Papua New Guinea (PNG), Scotland, UAE, and the USA -- contesting in 126 ODIs to be played across 21 tri-series. Each team will play 36 ODIs over a period of two-and-half-year from August 2019 to January 2022. The inaugural League 2 series will be played among Scotland, PNG and Oman at Mannofield Park, Scotland from August 14 to 21, which will include four ODIs for each team. There will be two points per ODI that will contribute to the Men's CWC League 2 table. After the completion of 21 tri-series, the top three teams will confirm their places in the ICC Men's Cricket World Cup Qualifier 2022.

An ICC release explained, “The bottom four teams will drop into the Men's Cricket World Cup Qualifier Play-Off 2022- which is a repechage event to the Global Qualifier-and will be joined by the winner of Challenge League A and B. The top two teams from the Play-Off will keep their hopes alive of participating in the 2023 World Cup, by qualifying for the Cricket World Cup Qualifier 2022.”

A five-nation pre-T20I Qualifier warm up tournament series will be played in Oman from October 5 to October 10. Ireland, Oman, Nepal, Netherlands, and Hong Kong will participate in the same.  Each side will play four T20Is and then will proceed to the United Arab Emirates for the Men's T20 World Cup Qualifier, which begins on 11 October. From the Qualifier, six teams will be qualified for the main tournament. The World Cup T20 is scheduled for next year in Australia from October 18-November 15. The head coach of Cricket Ireland, Graham Ford said,  "I’m very pleased to see this pre-Qualifier warm-up series announced - it’s not only important for our squad to play competitive T20 cricket before the World Cup Qualifier, but to do so in similar conditions to the UAE will be a crucial part of our preparations.”

Cricket to be included in 2028 Olympics

According to MCC World Cricket Committee chairman Mike Gatting, Cricket is in line to be included in the 2028 Olympic Games in Los Angeles. Gatting said that ICC’s Chief Executive Manu Sawhney informed the same to the Committee held by Gatting. "We were talking with Manu Sawhney the ICC chief exec, and he was very hopeful we can get cricket into the 2028 Olympics," Gatting said. Strong progress had been made to ensure the game is given the global platform and the next 18 months would be crucial in the process, Gatting opined. BCCI coming under NADA made the whole process easier. "That's what they're working towards at the moment and that would be a huge bonus for cricket worldwide, it would be fantastic.

Rassie van der Dussen earned a Cricket South Africa contract for the 2019-20 season. He met the criteria to qualify during South Africa's World Cup 2019 campaign. In the women's team, wicketkeeper Sinalo Jafta is one point away from qualifying for a full 12-month contract. In the World Cup campaign for South Africa, van der Dussen ended as one of the best performers for South Africa. He scored 311 runs at an average of 62.20 and a strike rate of 90.40. He will become the 17th player to receive a national contract. The chief of the board, Thabang Moroe said, "Rassie's promotion is thoroughly justified on the back of a brilliant debut season at international level and has also served as an inspiration to all aspiring cricketers at domestic level of what can be achieved by showing top-class form on a consistent basis.”

Six candidates were short-listed by BCCI for the high-profile post of the Indian cricket team's head coach. The six candidates are former New Zealand coach Mike Hesson, ex-Australia all-rounder and Sri Lanka coach Tom Moody, former West Indies all-rounder and Afghanistan coach Phil Simmons, ex-India team manager Lalchand Rajput, former India fielding coach Robin Singh, and Ravi Shastri. The candidates will give a presentation to the Cricket Advisory Committee (CAC) headed by the legendary Kapil Dev, comprised of Anshuman Gaekwad and Shantha Rangaswamy. "These six will give a presentation for head coach before CAC. It has been learnt that these six have been short-listed for interview with the CAC," a senior BCCI official told PTI.