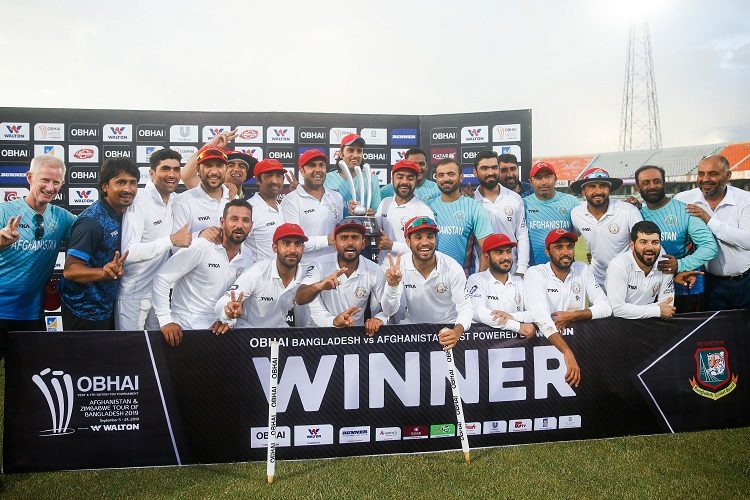 Afghanistan scripted history by winning their second Test in their short history in the format; Mohammad Nabi announced retirement after the Test; ten eminent Sri Lankan cricketers have voiced their denial to tour Pakistan; and Kieron Pollard has been named West Indies captain for limited-over internationals.

Afghanistan became the second team, after Australia, to win 2 of their first 3 Tests when they thrashed Bangladesh by 224 runs at ZACS, Chattogram. Bangladesh resumed the final day on 136/6, requiring to bat out the entire fifth day to save the Test. The start was delayed due to rain, and play had to be halted 13 balls later.

When play eventually resumed, Bangladesh had to survive only 18.3 overs, but they lasted only 15.1. Shakib Al Hasan (44) went first ball, under-edging an attempted cut off Zahir Khan (3/59). Rashid Khan (6/49) then had Mehidy Hasan Miraz (12) and Taijul Islam (0) leg-before in quick succession, though replays revealed there might have been an edge in the latter, and then had Soumya Sarkar (15) caught at forward short leg.

Rashid, who became the youngest to lead in Test cricket, also became the third captain to score a fifty and take 10 wickets in a Test. His match contributions read 51, 5/55, 24, and 6/49.

Mohammad Nabi, who has been a part of all 3 Tests played by Afghanistan so far, has announced retirement from the longest format. Nabi's 8 wickets have come at 31.75 apiece. Despite his batting prowess, however, he managed only 33 runs.

The series will be played from September 27 to October 9, with 3 ODIs to be played in Karachi and 3 T20Is in Lahore. However, given that the tour may be in jeopardy, it is likely that a proposed subsequent Test tour may also be called off.

West Indies have appointed Kieron Pollard captain for their ODI and T20I sides, replacing Jason Holder and Carlos Brathwaite respectively. Interestingly, while Pollard has made fleeting T20I appearances (including against India last month), he has not played an ODI in almost three years.