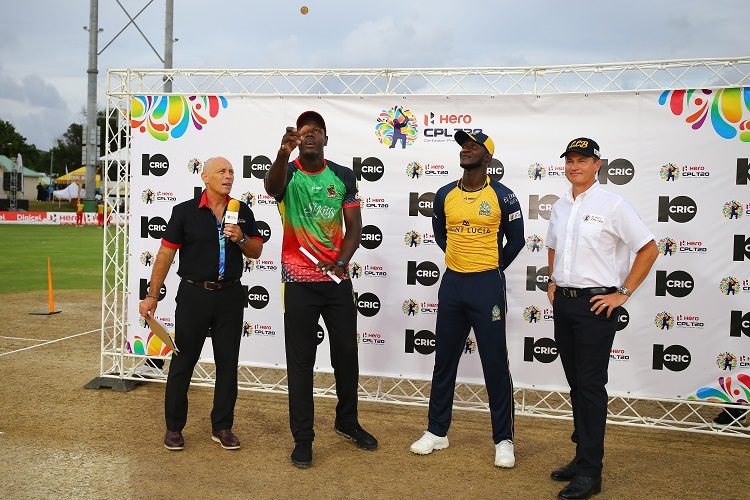 St Lucia Zouks will host St Kitts and Nevis Patriots for Match 21 of the 2019 Caribbean Premier League at Darren Sammy National Cricket Stadium, Gros Islet, St Lucia. This is the first match of a double header at the ground: the Zouks will host Guyana Amazon Warriors the day after.

Jamaica Tallawahs' win over Barbados Tridents pushed the Zouks to the last spot on the points table, but then Zouks have played two fewer matches. The Zouks are now a point behind the Tridents with both sides having played 6 matches each, though the Tridents have a massive net run rate advantage.

The Zouks have won just once in 5 completed matches, against the Tallawahs. They were 99/4 in 12.2 overs in their last match, against Trinbago Knight Riders, when rain intervened. And in the two matches before that, they had lost by 71 runs (to the Tridents) and with 31 balls to spare (to the Patriots).

With a strike rate of 229 and figures of 9-0-70-1, Rahkeem Cornwall has been their standout performer of the season. Fawad Ahmed (18-1-130-6) has impressed as well, but barring a fifty by Colin Ingram, the batting has looked really thin. They will be really tested by the Patriots' pacers, Sheldon Cottrell, Alzarri Joseph, and Rayad Emrit.

With bat, Evin Lewis, Laurie Evans, and Fabian Allen have all stepped up for the Patriots at various points of time. They are definitely the more balanced side, and will take field as favourites.

The Patriots are now on 8 points, but they have also played 8 matches. They will want to win both their remaining matches to guarantee a qualification. One win, too, may do it.

While the Zouks hold a 5-2 advantage here, but they have lost to the Patriots earlier in the tournament.

Obed McCoy (St Lucia Zouks): McCoy was the standout bowler for Zouks in their last outing, against the Tridents. He also played a key role in their win against Tallawahs. He will be the one to keep an eye on.

Fabian Allen (St Kitts and Nevis Patriots): While he has not impressed with ball (12-0-119-2), Allen has scored his 191 runs at a strike rate of 184 – a rate more than even Evin Lewis. The weak Zouks attack may be under some threat.

The Zouks to win.