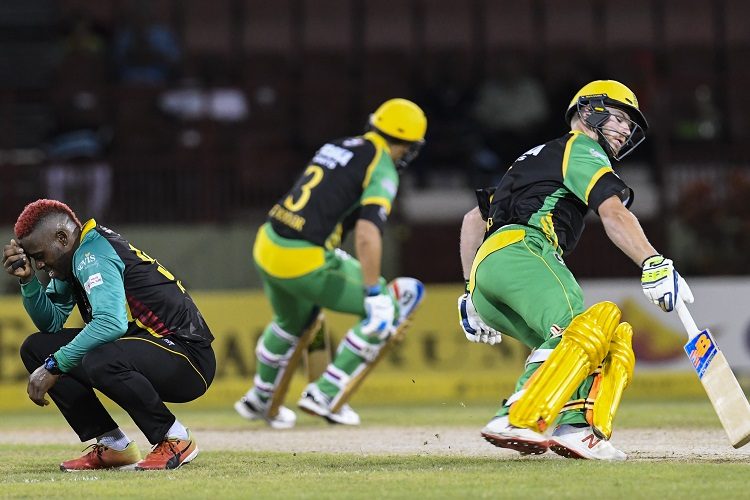 St Kitts and Nevis set a tournament record by chasing down 242 against Jamaica Tallawahs on the 10th. It was also their first win of the edition, in amazing. A day later, they will host Barbados – who, just like the Tallawahs, are winless in the tournament – at Warner Park, Basseterre.

What made the Patriots' chase even more spectacular was the ease with which they did it. The Patriots chase was set up by Devon Thomas and Evin Lewis, who added 85 balls for the first wicket off just 31 balls. Thomas, Lewis, Laurie Evans, Fabian Allen, and Shamarh Brooks all struck at above 175, which meant that even the triple-wicket over by Oshane Thomas did not matter.

Expect a similar assault from the Patriots batsmen today. After all, they are in their home territory of Basseterre. Their bowlers are a concern, but as they showed against Tallawahs, it may not even matter.

What about the Tridents, then? They lost their only match till date, against Guyana Amazon Warriors at Providence, by 47 runs. Jason Holder (4-1-31-1) and Roshon Primus (4-0-35-2) had good outings, while Ashley Nurse (40 in 25) connected his big hits well.

However, while there were individual contributions, they had failed to deliver as a team. That is something they need to do if they want to get off the mark.

Fabian Allen (St Kitts and Nevis Patriots): Allen's tournament numbers – strike rate 208, 2/39 – speak for themselves. Those all-round skills will be tested yet again.

Sandeep Lamichhane (Barbados Tridents): Lamichhane conceded only 5 runs against the Amazon Warriors but was not asked to bowl again. That is likely to change against a side that had blasted the Tallawahs pacers away.

The Patriots to win, again.