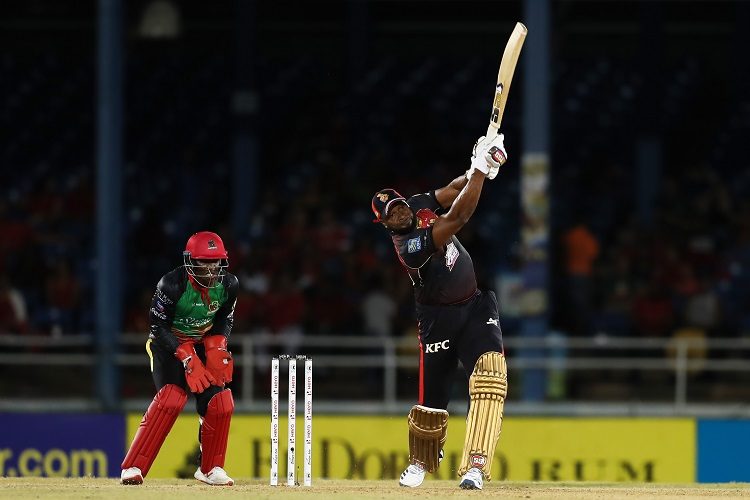 At Providence on October 6, third-placed St Kitts and Nevis Patriots will face fourth-placed Trinbago Knight Riders in the Eliminator of CPL 2019. The teams have fared comparably in the group stage. The Patriots have got 10 points to the Knight Riders' 9, but the latter had got the better of a match against St Lucia Zouks that had to be abandoned.

The Patriots have put up big totals throughout the tournament. That they have failed to reach 140 only once in 10 outings bears evidence to that. They had conceded 241/6, but Evin Lewis led their charge with an 18-ball 53. In all, five of their batsmen scored over 25 while striking at over 175.

They then conceded 216/4 against the Knight Riders. This time they pulled off a tie – and then won in the Super Over.

Unfortunately, they have given away runs just as abundantly. Sheldon Cottrell (7.62) has been the only one with an economy rate of under 8, though Keron Cottoy has impressed of late. In fact, several frontline bowlers have gone for over 9.

Trinbago have followed almost a similar pattern throughout the tournament. As mentioned above, they have tied a match despite scoring 216. They also got 191/4 once, and they thrashed the Tallawahs to put up 267/2, the third-highest total in all T20 cricket and the highest in franchise cricket. Colin Munro top-scored that day with a 50-ball 96 not out, Lendl Simmons got 86 in 42, and Kieron Pollard finished things off with a 17-ball unbeaten 45.

Unfortunately, Sunil Narine's unavailability will hamper their bowling. Khary Pierre (7.01) has been excellent, but Pollard himself (8.21) has been their only other bowler of note.

Trinbago hold a clear edge here: they have won 9 and lost 2 matches, though the Patriots may take some heart from the 1-1 scoreline this season.

Evin Lewis (St Kitts and Nevis Patriots): With a whopping 42 boundaries (20 fours, 22 sixes) in 160 balls, Lewis has been the most destructive of the Patriots' many big hitters. Expect some fireworks.

Kieron Pollard (Trinbago Knight Riders): With a strike rate of 155 and an economy of 8.21, the Knight Riders captain has been their MVP in this edition. He will be keen on clinching it yet again for his side.

The teams are evenly matched. Trinbago's big hitters probably give them a slight edge.