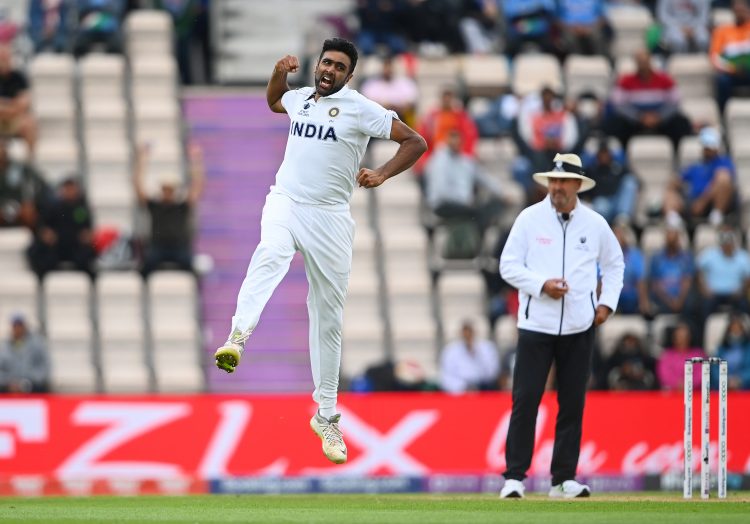 It was another riveting day’s action in the ICC World Test Championship Final at the Ageas bowl that saw New Zealand dominate the proceedings, bowling India out for 217 before finishing at 101/2 at stumps.
While run-scoring came at a premium for both sides thanks to the overcast conditions, there was plenty of skill on show. Kyle Jamieson continued his imperious rise in the Test arena, running through the Indian batting lineup to pick up his 5th five-wicket-haul in Test cricket, in only his 8th Test match.

New Zealand enjoyed the perfect start to the day, picking up the key wicket of Virat Kohli after conceding only 4 runs in the opening half-hour. After being a touch short on day two, Kyle Jamieson benefitted from a fuller length and trapped the Indian captain on the pads for 44.

Jamieson followed that with the wicket of Rishabh Pant – India’s top run-scorer in Tests in 2021 – with a teasing delivery outside off-stump that lured Pant into a drive, only for him to find the edge.

Ajinkya Rahane departed soon after, falling for the short ball trap set up by New Zealand and guiding a miscued pull shot straight into the hands of Tom Latham at square leg. Ravichandran Ashwin’s short cameo of 22 runs from 27 balls edged India past 200 but the off-spinner didn’t last long, edging Tim Southee straight to the slips.

The Kiwis wasted no time in finishing off the Indian innings, picking up the final four Indian wickets for only 12 runs and restricting the Men in Blue to 217.

Just like India, the New Zealand openers got off to a solid start with the bat. The two-left handers – Conway and Latham – were disciplined in their approach, leaving everything outside their off-stump and feasting on anything bowled on the pads. The Indian bowlers found plenty of assistance of the pitch but the Kiwi openers were relatively untroubled during their stay at the crease.

The pair put on 70 runs before Ravichandran Ashwin was finally able to get the breakthrough, luring Tom Latham into a drive with a flighted delivery. India toiled hard in the final session with the ball and eventually reaped their rewards in the last over of the day, picking up the vital wicket of Devon Conway after building pressure with 26 dot balls in a row. Despite losing both their openers, New Zealand finished the day in a commanding position, trailing India by 116 runs with 8 wickets in hand.

The Kiwis hold the advantage heading into Day 4 but with plenty of rain on the horizon, all 3 results are still possible in this inaugural ICC World Test Championship Final.