Chelsea sweep aside Real Madrid to set up all English final

Chelsea sweep aside Real Madrid to set up all English final 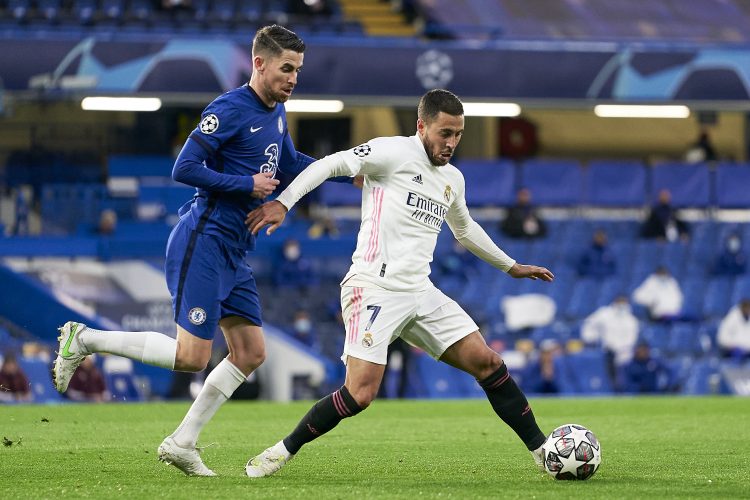 Chelsea cruised past Real Madrid in the semi-finals of the Champions League with a routine 2-0 victory over the Spanish giants in London. Tomas Tuchel’s side were comfortably the better side across the tie and goals from Timo Werner and Mason Mount secured their victory in the return leg to send them to their first Champions League final since 2012.

Taking a 1-1 draw from the first leg, Chelsea had the away goal advantage heading into the fixture at Stamford Bridge with the Blues only needing to keep a clean sheet to go through. Real Madrid welcomed back captain Sergio Ramos and former Blue Eden Hazard to the starting XI after injury and Los Blancos enjoyed the majority of the possession across the 90 minutes.

Chelsea were happy to sit deep in their 3-4-3 formation and hit Real Madrid on the counter with the pace of Timo Werner and Kai Havertz. Werner eventually did open the scoring after a wonderful scything run by N’Golo Kante cut open the Real Madrid midfield before Kai Havertz’s chip ratted off the crossbar and fell to Timo Werner who headed in the rebound.

Zinedine Zidane’s side did create some good opportunities in the first 45 through their talisman Karim Benzema but Edouard Mendy pulled off two fantastic saves to deny his countryman and keep the clean sheet intact.

Chelsea grew in stature as the match wore on and should have put the game to bed early in the second half after Havertz hit the woodwork for the second time in the match and Mason Mount blazed his shot over the bar. As Real pushed more men forward in search of a goal, they left more space for Chelsea to exploit on the counter and Thibaut Courtois was called upon twice to deny both Havertz and Kante. Despite all their possession, the 13-time champions struggle to break down Chelsea’s defensive structure and created very few chances off note following the break with Hazard, in particular, struggling to impose his presence on the game.

Chelsea eventually doubled their lead in the 85th minute after N’Golo Kante forced another turnover from Madrid and then released Christian Pulisic down the flank who put in a wonderful low cross for Mason Mount to tap in. It was a dominating performance from Chelsea and Tomas Tuchel’s side had too much pace and power for Real Madrid to deal with as they won 3-1 on aggregate. With this victory, the Blues set up a date with Pep Guardiola’s Manchester City in Istanbul for the second all English final in the Champions League in three years.