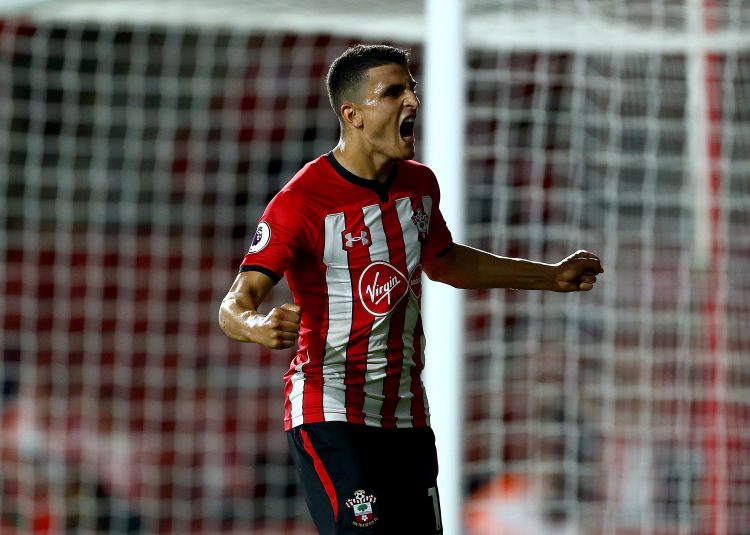 Tottenham suffered their first major road-bump in the Antonio Conte era as they succumbed to a 3-2 home defeat against Southampton in the league. The hosts took the lead twice on Wednesday night, but the Saints completed a stunning turnaround in the final 11 minutes as twin headers from Mohamed Elyounoussi and Che Adams saw the visitors snatch three points on the road in dramatic fashion.

Southampton dominated the early exchanges, and Ralph Hassenhutl’s side should have opened the scoring inside the first three minutes, only for striker Che Adams to hit his volley from close-range straight at Hugo Lloris. Tottenham got their first sight of goal when Sergio Reguilon forced Fraser Forster into an incredible save before the hosts opened the scoring in the 18th minute thanks to an own goal from centre-back Jan Bednarek, who turned a Hojbjerg cross into his own net while under pressure from Son.

However, from that point on, Southampton dominated the first period, finding an equaliser just five minutes later when striker Armando Broja capitalised on an error from Ben Davies in defence and fired Romain Perraud’s cross into the back of the net.

Southampton continued to suffocate Tottenham in their half with their high pressure, but the Saints couldn’t make their opportunities count as Broja spurned a 1-on-1 chance with Lloris before Romain Perraud struck the crossbar with a cracking shot from distance.

Tottenham conceded 15 shots during the opening period, but the hosts did improve after the break as Conte brought on winter signing from Juventus Rodrigo Bentancur at the hour mark. Spurs eventually re-took the lead in the 70th minute when Son found the back of the net for the fifth premier league home game in a row after some neat work from Harry Kane and Lucas Moura in the build-up.

Southampton felt the goal shouldn’t have stood due to a foul on Broja in the lead-up to the strike, but the goal stood after a lengthy VAR check. Undeterred, the Saints took matters in their own hands with James Ward Prowse curling two delicious crosses onto the heads of Mohamed Elyounoussi and Che Adams within the space of three minutes to turn the game on its head and put Southampton in front.

However, there was yet to be one last twist in the tale as Steven Bergwijn grabbed a dramatic last-gasp equaliser in stoppage time to rescue a point, just like he did at Leicester a few weeks earlier. Unfortunately for Spurs, the goal was disallowed by VAR after replays showed the Dutchman had strayed offside, handing Antonio Conte his first home loss since joining Tottenham.

With this defeat, Tottenham remain below North London rivals Arsenal and Manchester United in seventh, four points off West Ham United in fourth place. Southampton, meanwhile, climb up into the top half of the table to 10th.