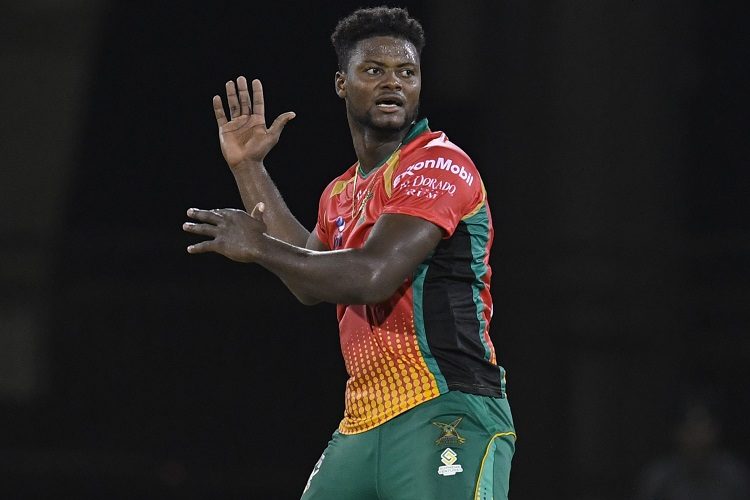 The 2019 Caribbean Premier League is still in its early stages. However, Chris Gayle has already left his stamp on the tournament with a hundred. Despite having played just 2 matches – several others have played 3 – Gayle is the leading run-scorer of the tournament.

Gayle's batting average of 72, however, has been bettered by Kieron Pollard, who has been dismissed just once.

Rahkeem Cornwall's staggering strike rate of 265.4 is way clear of others, but then, these are only early days.

Gayle hit 10 sixes during his hundred, which took his tournament tally to 13 – obviously, the most.

Not only did Gayle slammed the first hundred, his 116 is at least 43 more than any other entry on the highest scores chart.

Romario Shepherd, Shadab Khan, and Jimmy Neesham have all taken 7 wickets apiece – the most in the tournament.

Shepherd's 8.14 is the best bowling average as well. In fact, the top five averages all belong to the top wicket-takers.

Shepherd also has the best economy rate of the tournament. Sunil Narine is the only other one to have conceded fewer runs than balls bowled. Sheldon Cottrell has also gone for 6.

Shepherd, Obed McCoy, and Oshane Thomas, the top three names on the best figures chart, are the only ones with four-wicket hauls so far.