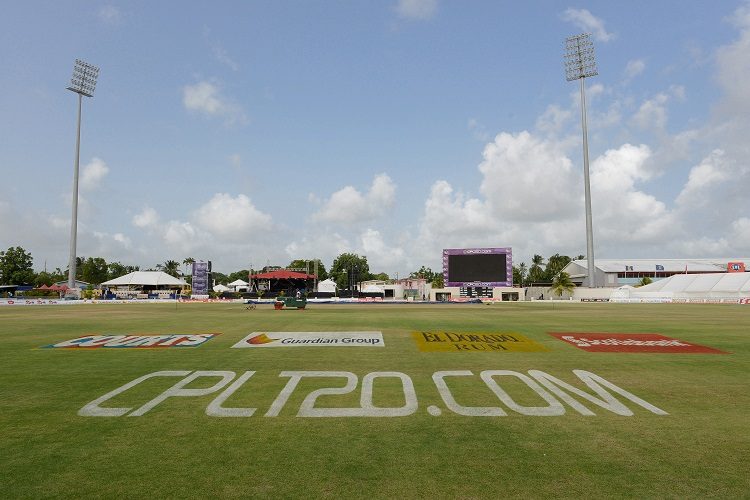 The first two Playoff matches of the 2019 Caribbean Premier League will be played at Providence Stadium, Guyana, on October 6. St Kitts and Nevis Patriots will first take on Trinbago Knight Riders in The Eliminator. And later at night, Guyana Amazon Warriors will host Barbados Tridents in Qualifier 1.

One needs to try really hard to find faults with the Guyana Amazon Warriors in this edition of the CPL. Ten matches, ten wins, most of them by convincing margins... it is difficult to argue with a performance like that, more so as no other team has won more than 5. There is little doubt that they are favourites in the Qualifier 1 at home as well as tournament favourites.

No team has managed to reach 170 against Guyana in this edition. Five times out of ten have they bowled out the opposition. Their bowlers have dominated almost every single bowling chart, while their batsmen, more solid than spectacular, have made every chase look comfortable.

There is little to choose from the other three sides from the Playoffs. However, the Tridents stand out in the sense that two of their five defeats came against Guyana and two against last-ranked Jamaica Tallawahs (their only wins); the other was a 1-run defeat against the Patriots. In other words, they have beaten the two other Playoffs sides thrice in four matches.

Barbados have suffered a lack of big hitters. Barring JP Duminy (136), none of their batsmen has struck at over 125. Only thrice in 10 innings have they crossed the 150-mark, which has offset some excellent bowling efforts from Hayden Walsh Jr (the leading wicket-taker of the tournament), Harry Gurney, and Jason Holder.

While the recent acquisition of Shakib Al Hasan has strengthened the bowling further, the Tridents can really benefit from some serious hitting from their superstar.

Unlike the Tridents, the Patriots have thrived on power hitting. They have chased down 242 inside 19 overs; tied (and won in Super Over) against a score of 216; and reached 140 nine out of ten time.

Unfortunately, their bowling has not been as tight. Put a 25-over cut-off, and Sheldon Cottrell has been the only one with an economy under 8, while several languish on the wrong side of 9. Unless that is sorted out, it is unlikely that they will make it to the final.

Trinbago probably lost out on the third place: they had the better of the match against St Lucia Zouks that was washed out. The highlight of Trinbago's season was their 267/2 against the Tallawahs – the third-highest team total in T20 history. Just like the Patriots, they have crossed and conceded 200 twice.

However, their batting has been too dependent on Kieron Pollard and Lendl Simmons. Sunil Narine, their most economical bowler, will probably not feature, which means that a lot will dependent on Khary Pierre.