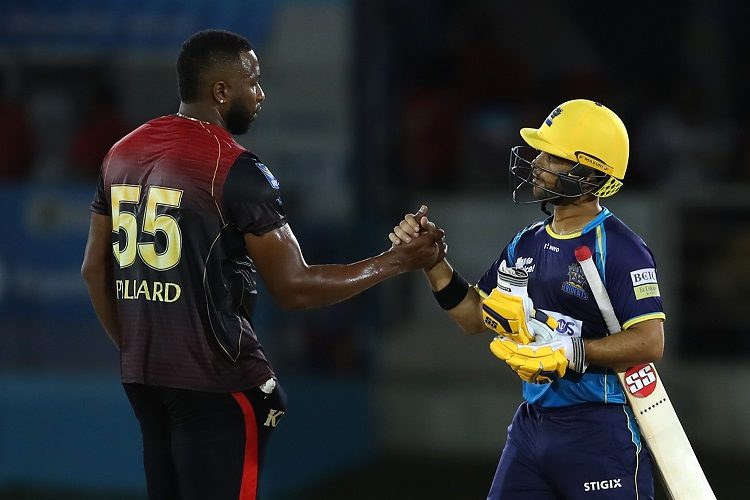 Trinbago Knight Riders will host Barbados Tridents in Qualifier 2 of the 2019 CPL at Brian Lara Stadium, Tarouba, Trinidad, on October 10. Ahead of the match, here is a statistical preview.

1.333 Trinbago’s win-loss ratio against Barbados (8 wins, 6 defeats). However, Barbados have won both clashes this season.

2 four-wicket hauls for Hayden Walsh Jr, the joint 2nd most for the Tridents. Kieron Pollard also has 2. They are behind only Ravi Rampaul (3).

2 CPL final appearances for Barbados Tridents, in 2014 and 2015. They won the first and lost the second.

8 ducks for Pollard in CPL. One more will put him level with Sunil Narine (9), the most in the history of the tournament. Simmons has 7.

16 CPL fifties for Simmons (but no hundred). He needs one more fifty to catch up with Gayle (4 hundreds, 13 fifties) to hold the record for joint-most fifty-plus scores.

49 matches for Jason Holder, the joint most for the Tridents. He should go past Pollard (49) here and become the first to play 50 matches for them.

68 matches for Darren Bravo, the 2nd most for the Tridents. He should draw level with Dwayne Bravo (69) here.

69 CPL matches for Pollard as captain, the joint 2nd-most. He should draw level with Chris Gayle (70) here. Dwayne Bravo has also led in 69 matches.

71 runs needed by Simmons (429) to become the 2nd cricketer to score 500 runs in a single CPL edition. Colin Munro (567 in 2018) is the only one to have achieved this. However, eight others have scored more than Simmons in a single edition, including Brandon King (453) in this edition.

75 CPL matches for Denesh Ramdin, the joint 2nd-most. He should draw level with Gayle (76) here. Rayad Emrit has also played 75.