Bumrah takes six as India flatten England at the Oval

Bumrah takes six as India flatten England at the Oval 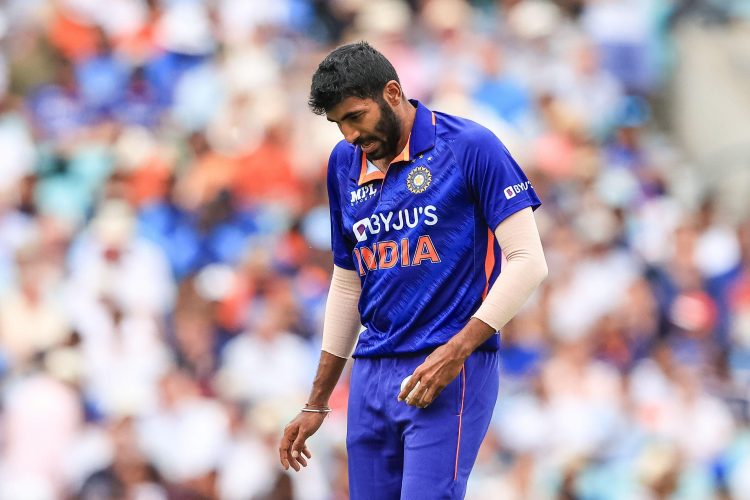 India handed England an embarrassing 10-wicket defeat in the first ODI as Jasprit Bumrah and Mohammed Shami’s sensational opening burst with the new ball sank the reigning world champions at the Oval. Bumrah finished with career-best figures of 6 for 19 as Rohit Sharma’s side skittled England for their lowest total against India in ODI cricket before chasing down the 111-run target inside 19 overs without losing a single wicket.

Rohit Sharma opted to bowl first after winning the toss under cloudy London skies, and the Indian pacers made full use of the helpful conditions, removing half the English side in the powerplay. Bumrah began the proceedings with a double-wicket maiden in the second over of the innings as Jason Roy attempted a drive away from his body and chopped onto his stumps for a duck to continue his poor form against the visitors this summer. Two balls later, the returning Joe Root poked at a delivery outside off-stump that held its line and tickled an edge to Rishabh Pant.

England’s worries worsened when Ben Stokes inside-edged Mohammed Shami to the keeper for a golden duck, before Pant took another one-handed stunner to dismiss Jonny Bairstow, who was brilliantly set up by Jasprit Bumrah. Liam Livingstone became the fourth English batter to depart without troubling the scorers, charging down the pitch against Bumrah, only to expose his stumps and get bowled around his legs to leave the hosts reeling at 26 for 5.

Jos Buttler and Moeen Ali attempted to stage a recovery, but their partnership was short-lived as the left-hander handed Prasidh Krishna a simple return catch to depart for 14. Four balls later, the captain followed his teammate back to the pavilion, picking out Suryakumar Yadav at deep square leg just after finding a boundary in the same region.

Mohammed Shami castled Craig Overton with a peach to leave England in tatters at 68 for eight, and after some brief resistance from the tail, Bumrah returned to knock over Brydon Carse and David Willey. The seamer finished with the third-best figures by an Indian in ODI cricket as the visitors bundled out England for 110, the second-lowest total by any team at the Oval in ODI cricket.

In response, India began their run chase with caution, but the pair of Shikhar Dhawan and Rohit Sharma were relatively untroubled as they put on their 18th-century stand in ODI cricket. The duo also crossed 5000 runs as a pair in the format, with Rohit doing the bulk of the scoring in this partnership. The captain hooked his way to a half-century, creaming six fours and five sixes in his 58-ball 76 as India mowed down the target with 188 balls to spare to take a 1-0 lead in the three-match series.