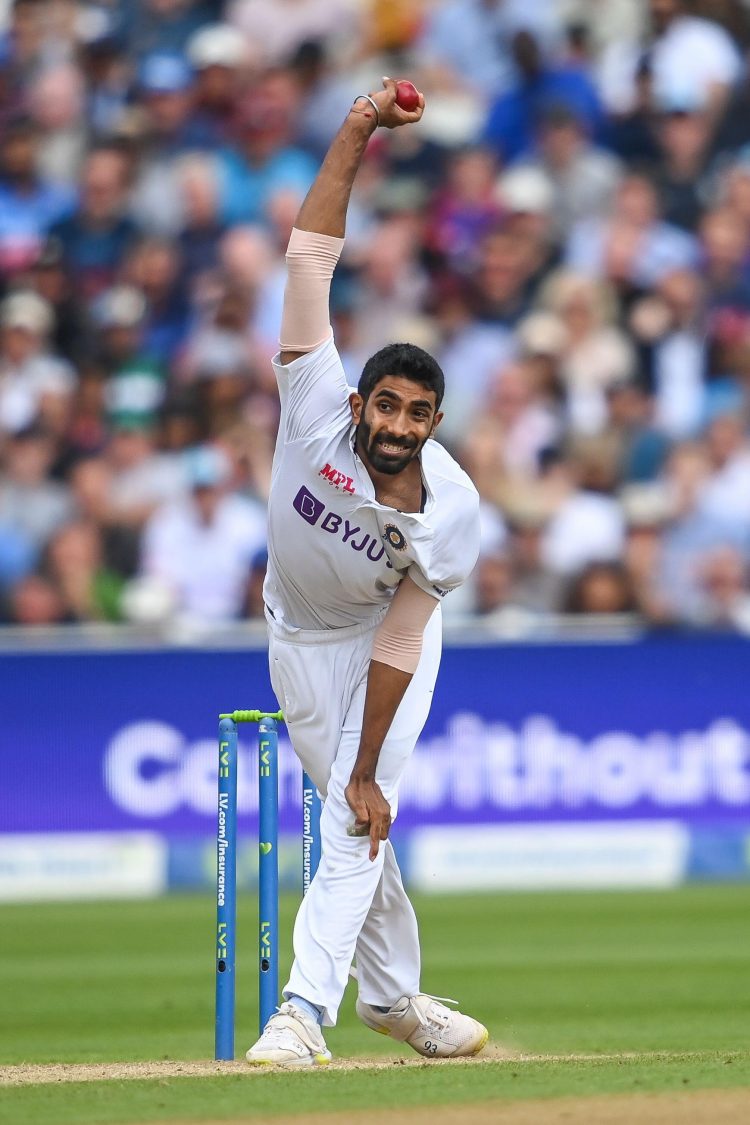 India extended their advantage on a rain-filled day two of the fifth Test against England at Edgbaston, finishing with 416 in the first innings before reducing the hosts to 84 for five at stumps. After Ravindra Jadeja brought up his third Test ton in the morning, the day belonged to the Indian captain Jasprit Bumrah, who smashed the record for the most runs scored in a single over in Test cricket against Stuart Broad before dismissing each of the English top three with the ball.

India resumed the day on 338 for seven, and the tourists added 78 runs to their overnight score, finishing with an impressive total of 416 considering the position they found themselves in on the first afternoon. Ravindra Jadeja shepherded the strike for the majority of the first hour and swiftly reached his first Test ton away from home with a boundary through the vacant point region.

England had their first scalp of the morning when Mohammed Shami upper-cut Stuart Broad to the man at deep third man, and the new ball did the trick for the hosts as Anderson bowled over Jadeja on 104. At 375 for nine, the hosts would have hoped to bowl over the tourists for under 400, but what followed was truly remarkable as Jasprit Bumrah carted Stuart Broad for the most expensive over in the history of Test cricket which cost 35 runs.

Failing to learn their lesson from the Lord’s Test last year, Broad continued to bowl short at Bumrah, and the skipper continued to swing hard at everything, smashing two sixes and three fours to take 29 runs in the over to go along with the six extras he served up.

Jimmy Anderson ended England’s misery and dismissed Mohammed Siraj to pick up another five-fer, but India put up 416 on the board, with Bumrah finishing unbeaten on 31 from 16 deliveries. To make matters worse for the hosts, the pacer carried that momentum with the bat into the bowling innings. Bumrah castled Alex Lees in his second over of the game before getting Zak Crawley to edge another fanciful drive to second slip one ball later.

Rain played spoilsport for the remainder of the day, but in the brief periods in which the shower subsided, Bumrah and the rest of the Indian pacers were able to make some incisive breakthroughs. The skipper had Ollie Pope chasing a wide one and edging to Iyer in the cordon, while Joe Root survived a testing spell from Mohammed Shami before edging behind against Siraj on 31. With the clouds circling in and the ball hooping around corners, England sent their nightwatchman to see out the day, but Jack Leach edged behind for a five-ball duck as the hosts took stumps on 84 for five, trailing by 332 runs.