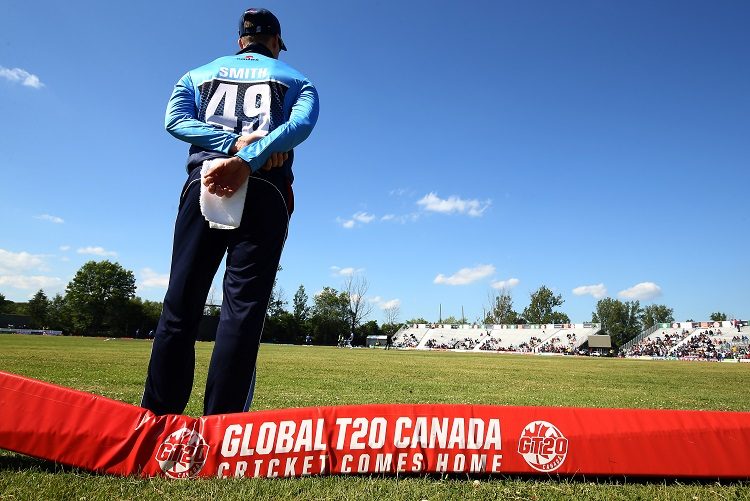 Table-toppers Brampton Wolves will host fifth-placed Toronto Nationals for Match 12 of the 2019 Global Canada T20 League, at CAA Centre, Brampton. While Brampton – hosts of the entire tournament – have won all 3 of their matches, Toronto have won 1 and lost 2.

Brampton started their tournament with a sound thrashing of Montreal Tigers. After Ish Sodhi (4-0-8-5) bowled out Montreal for 101, Lendl Simmons and George Munsey took just 6.4 overs to chase it down. They have subsequently beaten both Edmonton Royals by 27 runs and Winnipeg Hawks by 7 wickets.

Sodhi may lead the wickets tally in the tournament, but with 81 runs at a strike rate of 203 and 4 wickets at 6.90 an over, Shahid Afridi is also a threat to contend with.

Toronto, on the other hand, had lost the tournament opener by 8 wickets, to defending champions Vancouver Tigers. They beat Edmonton by 2 wickets but lost to Winnipeg Hawks by 3 wickets. In the last match, Umar Ghani ran a single off the last ball to hand out Toronto their second defeat.

Toronto may be at fifth place, but they have played a match fewer than each of Vancouver, Montreal, and Winnipeg. A win here will push their cause significantly.

This is Brampton's first Global T20 season. They have not played Toronto Nationals till now.

Chris Green (Toronto Nationals): This roving off-spinner, who has now played for teams in five different countries, has played just two matches here – but has picked up 3/33 and 2/40. He is also a reasonable hitter down the order.