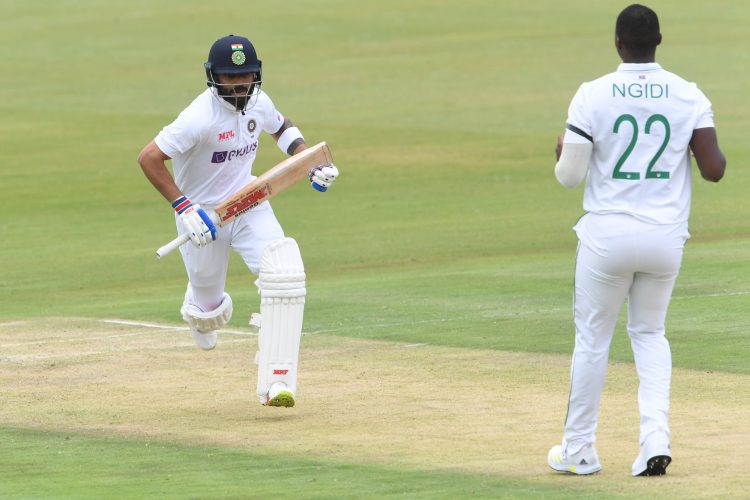 After pulling off the great escape in Sydney and breaching the Gabba fortress in Brisbane to begin the new year, the Indian cricket team ended 2021 with another landmark overseas victory at Centurion as Virat Kohli’s side won the opening Test against South Africa by 113 runs. The Men in Blue wrapped up the win in comfortable fashion on day five at SuperSport Park, picking up the final six wickets to bowl the Proteas out for just 191 to take a 1-0 lead in the 3-match series.

The Proteas required 211 runs on the final day to seal an improbable victory, and the hosts got off to a promising start with Dean Elgar continuing his staunch resistance at the crease on an up and down surface. Although the opener benefitted from some good fortune with Mohammad Shami dropping a simple return catch in his follow through, Elgar scored quickly in the opening hour to give South Africa a faint ray of hope.

However, just like he did late on day four, Jasprit Bumrah produced another piece of magic with the ball to make the breakthrough for Virat Kohli, removing the South African captain on 77. Coming from around the wicket, Bumrah got one to jag back sharply into the left-hander after pitching and trap him in front of his stumps lbw. Quinton de Kock launched a brief counter-attack following Elgar’s dismissal, but the wicket-keeper wasn’t afforded any freebies by the Indian attack and perished in identical fashion to his first-innings dismissal, chopping onto his stumps off a delivery that was too close to cut.

De Kock’s dismissal signalled the beginning of the end for South Africa as India quickly exposed the tail with Mohammad Shami finding the outside edge off Wiaan Mulder before Lunch.

Shami produced a delivery of similar beauty to remove Marco Jansen before Ravichandran Ashwin eventually got in on the action to seal India’s victory, picking up the final two South African wickets in two balls. The off-spinner dismissed seamers Kagiso Rabada and Lungi Ngidi with two flighted deliveries, wrapping up South Africa’s innings for under 200 runs for the second time in the match.

Following their fourth Test victory away from home in 2021, Virat Kohli’s side are now the first Asian Team to beat the Proteas in a Test at Centurion, and with this 1-0 series lead, the Men in Blue have given themselves the best chance to win their maiden Test series in the Rainbow Nation.