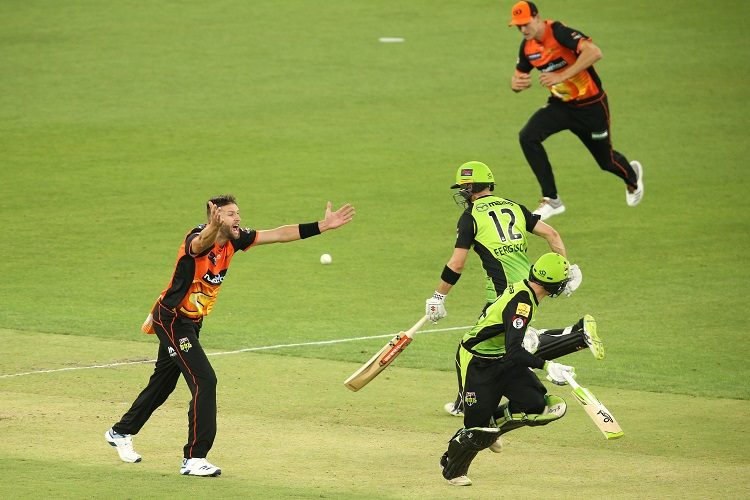 Sydney Thunder will take on Perth Scorchers on January 26 in Sydney for Match 54 of the Big Bash League 2019-20.

Sydney Thunder and Perth Scorchers are pretty close on the points table and the result of this fixture can impact the difference of one point a lot. Whichever team wins, will be in a stronger position to make to the play-offs.

Out of 13 games, the Thunder won five as one match against Adelaide Strikers ended with no result. Speaking about form, the Thunder had tough times in the last two matches. The lost both including one against the Scorchers. Daniel Sams was once against extraordinary against the Scorchers the entire bowling unit proved to be expensive. In both games, the batting order looked out of sync and apart from one or two big scores, none of the batsmen could deliver.

For the Scorchers the biggest advantage would be the outcome of their last face-off with the Thunder. But that was Scorchers’ only win from their last five fixtures. Even their latest one against the Strikers ended the latter winning it by 16 runs. Even for the Scorchers, it was the batting unit last time that needed to showcase stronger performance.  The bowlers were expensive as well but they would like to recall the match against the Thunder before this significant encounter.

At this stage of the tournament the importance of this game is huge. It can very well decide the fate of these two teams fighting for the pay-offs.

Daniel Sams (Sydney Thunder): Daniel Sams has been the epitome of consistency is this tournament so far. He came out bit expensive against Perth Scorchers last time and hence would love to change those numbers in the upcoming game.

Liam Livingstone (Perth Scorchers): Currently the fourth-ranked batsman, Liam Livingstone has been the highest run-scorer for the Scorchers in last two game. He needs to continue his showcase in this very important match to take his team home.