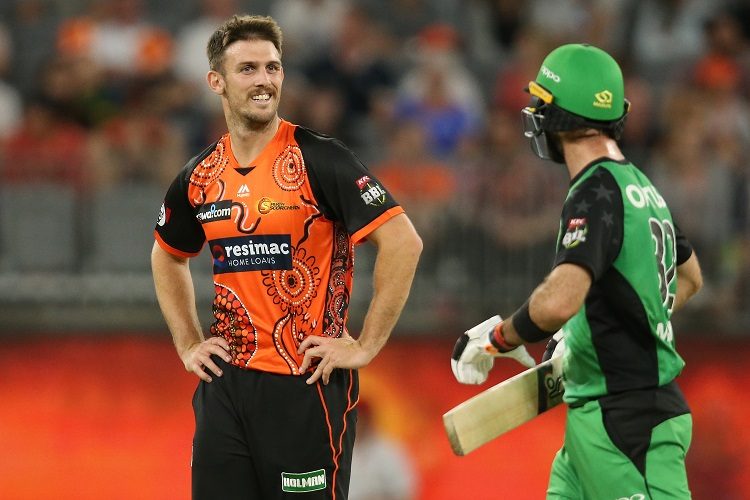 Perth Scorchers will host table toppers Melbourne Stars for Match 37 of the 2019 BBL at Perth Stadium. With 16 points from 9 matches, the Stars are 4 points clear of any other side, and 2 more points here will help them all but qualify for the Playoffs. The Scorchers, too, are third on the table, and will take another stride towards a berth if they win.

The Stars have lost only once in this tournament. Since then they have won 6 in a row, the most recent being an outright demolition of Sydney Sixers. Marcus Stoinis slammed 147 not out that day, off 79 balls, to set a new record for the highest score in BBL history.

But Stoinis (135) has not even been their hardest hitting batsman of the tournament. Glenn Maxwell (171) and Hilton Cartwright (145) have both scored at quicker rates. With Nathan Coulter-Nile developing all-round skills, Adam Zampa and Haris Rauf running riot, and Dale Steyn and Sandeep Lamichhane alternating to provide strength to the attack, the Stars have looked every bit the team of the tournament.

The Scorchers, on the other hand, had blown Hobart Hurricanes away for 98 at their den in their last match. Jhye Richardson (4-0-19-4) led the rout, as he has done multiple times for the Stars in this edition, along with Fawad Ahmed and Chris Jordan.

With Mitchell Marsh, Josh Inglis, and Liam Livingstone all striking at over 145 (all of whom perform a second role), the Scorchers batting looks just as strong as any other side.

However, given the momentum they bring into the match after 6 wins on the trot, the Stars are probably the better side.

Jhye Richardson (Perth Scorchers): Richardson was at his best the other night at Hobart, when he ran through the Hurricanes line-up to take 4/19. His pace and deft variations can be a threat to any batting line-up.

Marcus Stoinis (Melbourne Stars): BBL does not have a history of big hundreds, which makes Stoinis' 147 not out even more special, for it was 25 clear of the previous record. He is in tremendous form, and remember, he also bowls.

Melbourne Stars to win and all but qualify for the Playoffs.