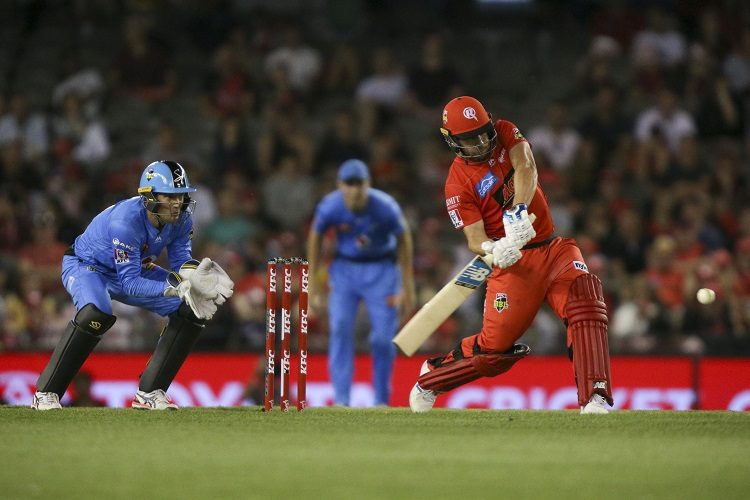 With Melbourne Stars stealing a march at the top of the table – they are four points clear of second-placed Sydney Sixers – the race has heated up for the remaining positions, in particular from No.3 to 5.

A maximum of just three points separate the teams from No.3 to No.7, meaning BBL 9 has been, largely, a tightly contested affair. On Monday at the Gabba, Adelaide Strikers will take on Brisbane Heat in the hope of keeping pace with the top two.

Adelaide are currently third on the table, with nine points from eight games. If they win, they can close in to within one point of second-placed Sixers, who have 12 points from nine matches.

However, a defeat would the Heat can leapfrog them to No.3 – Brisbane have eight points in as many matches, and a victory will be enough to give them a big surge up the table.

However, it isn’t as easy as all that for Brisbane. The Strikers will be buoyed by their defeat of Melbourne Renegades in their last outing. That result helped the Strikers snap a streak of three consecutive losses, and they will be keen to build on that.

The Heat will have another agenda, though. They had a run of three consecutive wins snapped by Perth Scorchers recently, and they’ll want to ensure that remains a temporary blip. The question for Monday is, which team’s motivation will be bigger?

This has been a fairly even rivalry. The sides have met nine times in all. Four of those clashes went the way of the Heat, while the remaining five matches were won by the Strikers. A victory for Heat tomorrow can even things up.

Jake Weatherald (Adelaide Strikers): The Strikers have, so far this season, relied heavily on the runs from Weatherald and Jonathan Wells, but the former’s have come at a much better strike-rate. Weatherald’s 293 runs have been struck at 155.85, and the Strikers will need something similarly explosive to see off Heat.

Zahir Khan (Brisbane Heat): Brisbane haven’t had a standout individual performer so far, but if you had to pick a crucial element in their side, it’s Khan. He has eight wickets in as many matches, which isn’t much, but his economy rate of 6.58 is eye-watering, and in a T20, that’s just as key as wickets.