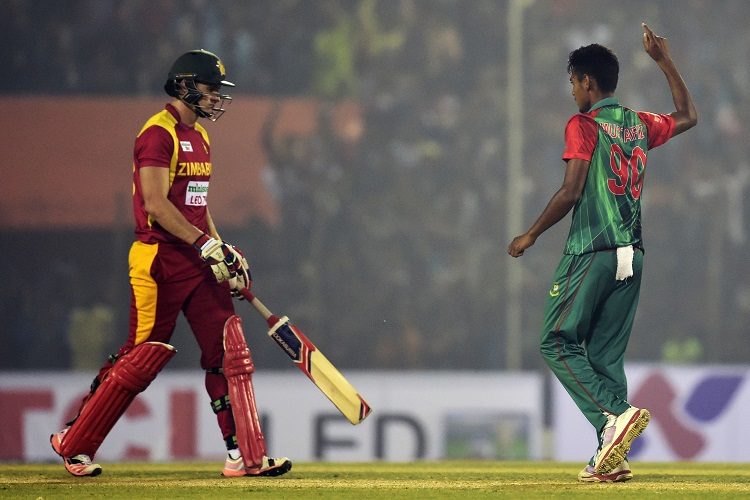 Bangladesh barely had time to regroup since the shock defeat in the Test against Afghanistan at Chattogram. However, this is a different format, a different venue, a different opposition – all of which should help Bangladesh put the result behind and focus on winning the tournament, taking it one match at a time.

Having said that, it cannot be denied that Bangladesh boast of a galaxy of outstanding strokeplayers. In Soumya Sarkar, Liton Das, Shakib Al Hasan, Mushfiqur Rahim, and, of late, Mosaddek Hossain, they have found a group, each of whom can turn a match on its head with big hits.

Barring Shakib, their bowling lacks experience, which is perhaps why Taijul Islam has been included to provide stability under conditions where he has thrived for years. However, the lynchpin of the attack is Mustafizur Rahman, one of the wiliest death bowlers in contemporary cricket.

However, if Bangladesh's show in T20s has been poor, Zimbabwe's has been worse. They did hold both Netherlands and Ireland to draws in July, but have generally been swept aside by the bigger teams.

Zimbabwe's full membership status was partially suspended by ICC in the same month. There is little the cricketers can do to resolve government intervention that led to the quagmire, solid on-field performances will certainly not harm their cause.

Mustafizur Rahman (Bangladesh): It is time for "The Fizz" to demonstrate why he is considered one of the finest bowlers in T20 cricket. The selectors had certainly erred in leaving him out of the Test side; his T20 experience, both in T20Is and in franchise-based tournaments, will help him prove a point.

Sean Williams (Zimbabwe): One of the side's mainstays, Williams is likely to be Zimbabwe's go-to person at Mirpur. He had slammed 103 runs from the 4 T20Is in Netherlands and Ireland at a strike rate of 191 – along with 4 wickets at 7.84 an over.