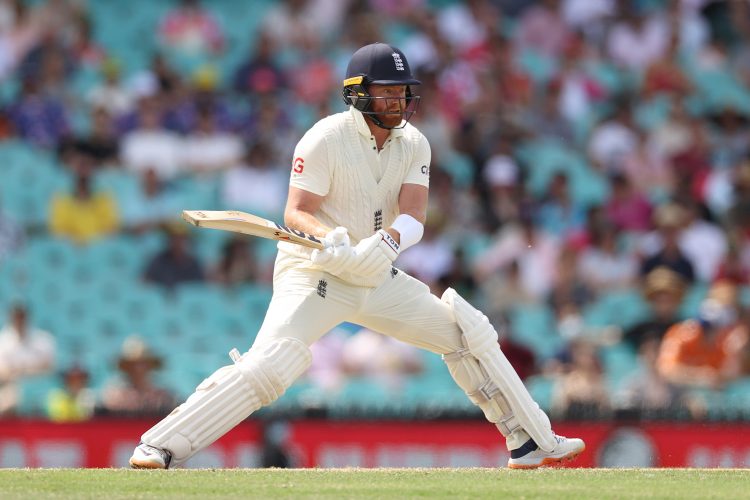 Jonny Bairstow scored England’s first century of the Ashes on day three of the fourth Test at the SCG, creaming an unbeaten 103 to help the visitors avoid the follow on in reply to Australia’s 416. The hosts had England reeling at 36 for four in the morning session, but Bairstow put on a 128-run stand with Ben Stokes before batting along with the tail to take the visitors to 258 for seven at the close of play.

Bairstow braved a barrage of blows from Pat Cummins and Mitchell Starc throughout the day but played through the pain barrier to score his seventh Test ton and give England a chance of saving the fourth Test in Sydney.

Following another delayed start due to morning showers, the day began on a familiar note for England with another top-order collapse against the new ball. Both openers were dropped by Australia in a frantic opening session, but neither reprieve cost too much for the hosts, with Mitchell Starc knocking over Haseeb Hameed before Scott Boland burst through the defences of Zak Crawley.

Australia were relentless with their line and lengths before Lunch, bowling 53 dot balls in a row before the break while dismissing the captain Joe Root for a duck and trapping Dawid Malan on the leg-side to leave the tourists reeling at 36 for four. England’s scoreless streak stretched to 70 deliveries after the interval until Ben Stokes and Jonny Bairstow launched the counter-attack. The pair ensured Australia went wicketless throughout the second session and were particularly aggressive against off-spinner Nathan Lyon, who conceded 71 runs in his 12 overs on day three.

However, there was some good fortune involved for Stokes, with Pat Cummins spilling a straightforward return chance off the all-rounder before the number five survived another bizarre incident off the bowling of Cameron Green. Stokes shouldered arms to an inswinging delivery from the Western Australian that trimmed the off-stump, only for the bails to remain unmoved.

Bairstow and Stokes put on 128 runs for the fifth wicket before the left-armer was rapped on the pads by a straighter one from Nathan Lyon. Jos Buttler departed a few overs later for an 8-ball duck, but Mark Wood provided Bairstow with some company at the crease, as the pair shared an entertaining 72-run partnership off 72 deliveries. Bairstow continued his onslaught against the Australian bowlers as he approached triple figures while Mark Wood chipped in with a handy contribution of 39 from 41, which included two consecutive sixes into the stands against the world’s number one bowler Pat Cummins.

Wood was eventually dislodged by a steep bouncer from Cummins before Jonny Bairstow gave England a rare moment of joy on this tour in the final over of the day, cutting one over point to reach his first Test century in three years.