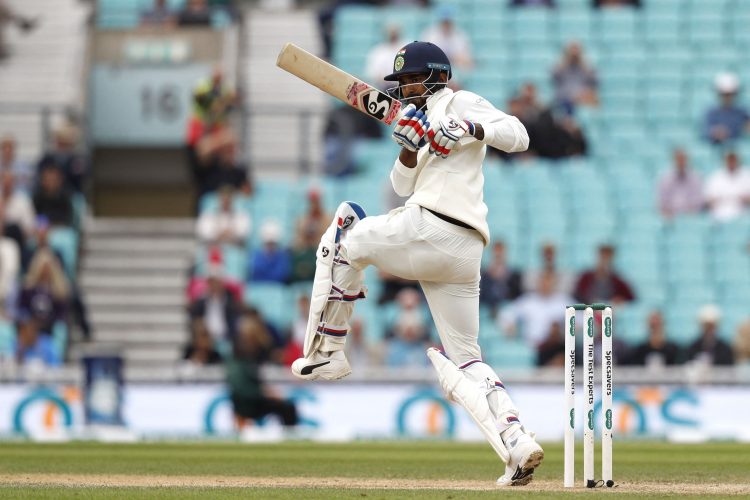 Powered by three excellent performances from Avesh Khan, Deepak Hooda and KL Rahul, the Lucknow Super Giants registered their second win of the season against the Sunrisers Hyderabad at the DY Patil Stadium on Monday. After being reduced to 27 for 3, Hooda and Rahul scored half-centuries to take the Super Giants to a fighting score of 169 before Avesh Khan picked up four wickets and bowled superbly at the death to give Lucknow a hard-fought 12-run win.

Despite chasing teams losing the previous three matches in the IPL, SRH opted to bowl first after winning the toss, and the Men in Orange enjoyed some immediate success in the powerplay through the off-spin of Washington Sundar. The 22-year-old dismissed both of Lucknow’s overseas left-handers with the new ball, getting Quinton de Kock caught at cover by Kane Williamson before trapping Evin Lewis on his pads for 1. Lucknow slipped further when Manish Pandey tamely guided one into the hands of mid-on against Romario Shepherd in the fifth over, leaving the Super Giants reeling at 32 for 3 at the end of the powerplay.

Walking in at number five, Deepak Hooda led the recovery for Lucknow alongside his captain KL Rahul, as the pair put on an 87-run partnership to get the team back into the contest. After both batters took their time to get their eye in, it was Umran Malik who bore the brunt of their carnage as Rahul and Hooda climbed into the fiery pacer, taking 36 runs from his two overs in the middle period.

Hooda eventually departed following a well-made 51 off 33, while Rahul creamed Washington Sundar for a couple of more boundaries before falling on 68 in the 19th over to T Natarajan. However, the Super Giants were still able to finish strong as Ayush Badoni and Jason Holder took 17 runs off the final Romario Shepherd over to finish with a par score of 169.

SRH got off to a promising start in the run-chase with Kane Williamson playing a couple of vintage strokes through the cover-point region, but Avesh Khan spoiled the party as he removed both openers inside the powerplay.

Despite losing Williamson and Abhishek Sharma early on, the Sunrisers were on track for the majority of the run-chase thanks to some excellent batting from Rahul Tripathi and then Nicholas Pooran. Tripathi smashed three fours in one Andrew Tye over and played a handy knock off 44 off 30 deliveries before holing out to the man at deep mid-wicket against Krunal Pandya.

Pooran took over the scoring responsibility after Tripathi’s dismissal, hitting Jason Holder for two boundaries in the 15th over and pulling Avesh Khan into the stands to leave SRH in pole position with 27 needed off 17. However, it was Avesh who had the final say in the match as he removed Pooran and Abdul Samad off consecutive deliveries in the 18th. The pacer was also well backed up at the death by Andrew Tye and Jason Holder, who picked up three wickets and conceded just three runs in the final over to help Lucknow close out a tight 12-run victory.