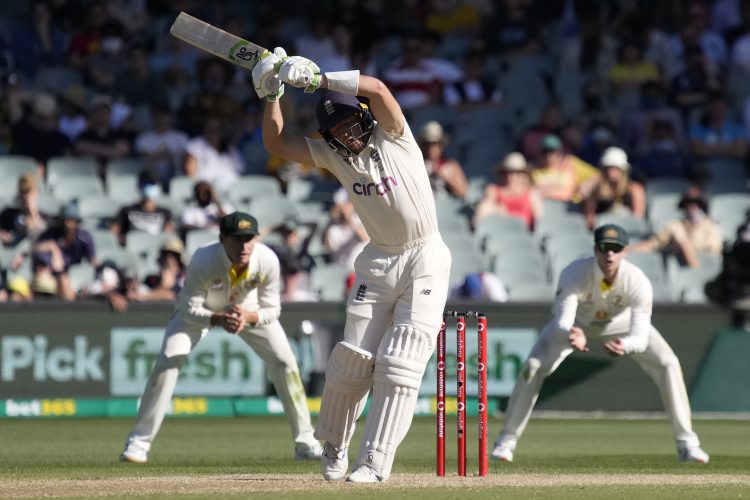 Australia have taken a 2-0 series lead in the Ashes after registering a convincing 275-run victory over England in the second Test at the Adelaide Oval. The hosts had to work hard for their rewards on day five due to an epic rearguard effort from Jos Buttler, but Steve Smith’s side eventually finished the job with 20 overs to spare after the wicketkeeper trod on his stumps to end England’s resistance.

Australia started the day needing six wickets to take the win, and the procession began in only the third over of the afternoon when Ollie Pope dashed at a delivery outside off-stump from Mitchell Starc that flew straight into the hands of Steve Smith at second slip. The left-armer was unfortunate not to pick up a second wicket in the opening hour when he drew Jos Buttler into another poke outside off-stump, only for the ball to pierce the gap between wicketkeeper Alex Carey and David Warner at first slip.

At the other end, Ben Stokes was involved in a battle of discipline with Nathan Lyon. The left-hander showed great patience at the crease but was ultimately undone by a delivery that slid on with the arm from Lyon and pinned him on the back foot on 12. Following Stokes’ dismissal, Australia threatened to finish the game in the first session itself, but Jos Buttler and Chris Woakes combined to delay the inevitable.

The pair batted for more than 30 overs in the afternoon as the pitch seemed to have flattened out under the Adelaide sun. Chris Woakes batted beautifully in his 97-ball stay at the crease while Jos Buttler – uncharacteristically – showed no signs of aggression as England battled for the draw. It took a special delivery to eventually break the stand, and the new pink ball did the trick as Richardson got one to swing back in sharply to burst through the defence of Chris Woakes and expose the tail.

Buttler and Ollie Robinson lasted another 14.2 overs in the post-dinner session, but Nathan Lyon produced the breakthrough after changing his angle to around the wicket, tempting Robinson to play at one and having him caught at slip.

Despite losing partners at the other end, Buttler’s stubborn defiance offered England a sliver of hope as the game stretched to the final session on day five. Unfortunately, Buttler’s vigil ended in the most luckless manner imaginable, with the keeper treading on his stumps after stepping too far back in his crease against Jhye Richardson.

The Australians wheeled away in celebration as the zinger bails hit the deck, and the Richardson sealed the victory and his maiden Test five-wicket haul when James Anderson gloved one to gully to give the hosts their ninth victory in nine pink-ball Tests.