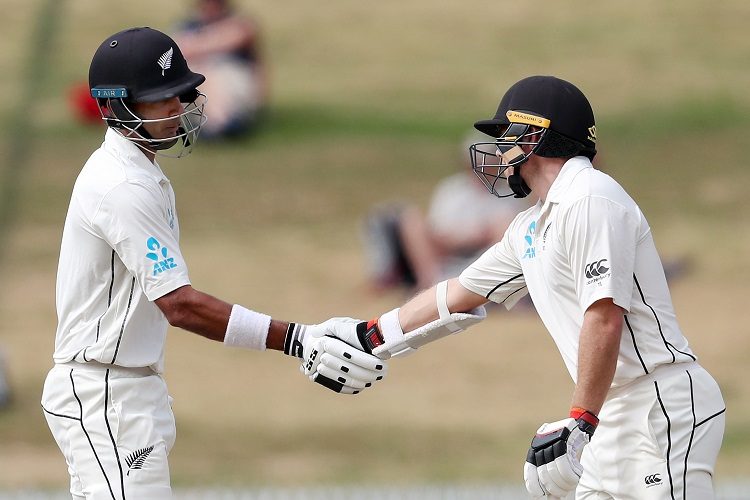 Tom Latham (leading New Zealand here) and Tom Blundell share a first name; are not keeping wickets in this Test despite being specialists; and have, between them, ensured that New Zealand, after being blown away at Perth and Melbourne, will not go down with a whimper at Sydney.

Latham finished the day on 26 and Blundell on 34. New Zealand finished the day on 63 without loss, still 391 behind. However, for the first time in the series, they are in with a chance, however distant. There is no Kane Williamson, but Jeet Raval, Ross Taylor, Glenn Phillips, BJ Watling, and Colin de Grandhomme are a formidable quintet to follow.

Having said that, Australia are still firm favourites, more so given the amount of turn Nathan Lyon (0/13) has managed to extract from the pitch so far. Remember, New Zealand will have to bat last.

On Day 1, Marnus Labuschagne had scored the first Test hundred of the decade. He converted it to a double ton (215) on Day 2 to help Australia reach 454, though they should probably have got more than that after reaching 410/5.

Labuschagne eventually fell to Todd Astle (2/111), who leapt up to take a fine catch off his own bowling. Neil Wagner (3/66) then rounded things up as Mitchell Starc (22) struck a few blows.

Tom Latham (New Zealand): Arguably the finest opener in contemporary Test cricket, Latham has already had a long vigil in the series, at Perth. The New Zealand captain will have to replicate that, and more.

Nathan Lyon (Australia): Lyon has struck whenever the pitch has offered any assistance during the course of the series. He will certainly make life difficult for the tourists on Day 3 – and in the fourth innings.

Australia to bowl out New Zealand inside 300.