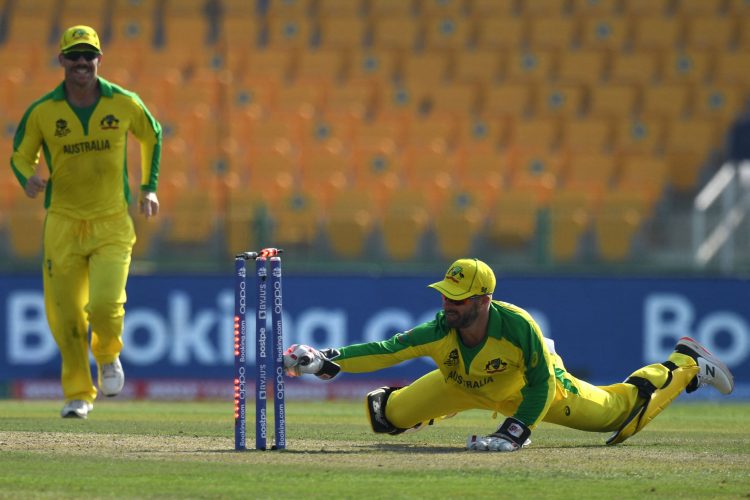 It was a thrilling start to the Super 12 stage of the 2021 T20 World Cup as Australia edged past South Africa in a low-scoring nail-biter at Abu Dhabi. The Proteas fought hard with the ball in their defence of 119, but Australia eventually crossed over the line with two balls to spare thanks to a late flourish at the death from Marcus Stoinis and Matthew Wade.

While Australia almost gave away the victory with the bat, it was with the ball where they truly excelled as IPL stars – Josh Hazlewood and Glenn Maxwell – carried their good form from the second half of the competition into the World Cup. Maxwell opened the bowling in the powerplay as a ploy to restrict the left-hander Quinton de Kock, and the all-rounder struck in his first over, removing the captain Temba Bavuma with a delivery that kept low.

Hazlewood, on the other hand, conceded only two runs off his two powerplay overs while also picking up the crucial wickets of Rassie van der Dussen and Quinton de Kock. Hazlewood removed van der dussen with an excellent short of a length delivery that seamed away before benefitting from some good fortune with the de Kock dismissal, as the left-hander mistimed his scoop shot which ballooned in the air and back onto the stumps.

These early strikes reduced South Africa to 29 for three in the powerplay, and the Proteas never recovered from the initial onslaught. Aiden Markram provided some respite as he stitched together two partnerships with Klaasen and Miller, but a double-wicket over from Adam Zampa saw South Africa collapse to 83 for seven, before they eventually stumbled to 118 thanks to a brief cameo from Kagiso Rabada.

Batting has been Australia’s Achilles heel in this format in recent times, and that trend continued in this run-chase with Aaron Finch, David Warner and Mitchell Marsh falling inside the first seven overs after some fiery spells from Rabada and Nortje. The experienced duo of Steve Smith and Glenn Maxwell steadied the ship beautifully on this tricky two-paced surface, but both set batters fell within three balls of each other to set up a grandstand finish.

Marcus Stoinis and Matthew Wade arrived at the crease with 38 needed off the final five overs, and after starting cautiously against Shamsi, the pair shifted through the gears perfectly to take Australia home. Wade smashed two boundaries off Kagiso Rabada in the 17th over before Marcus Stoinis pummelled three fours off his final six deliveries to seal the victory with two balls to spare.