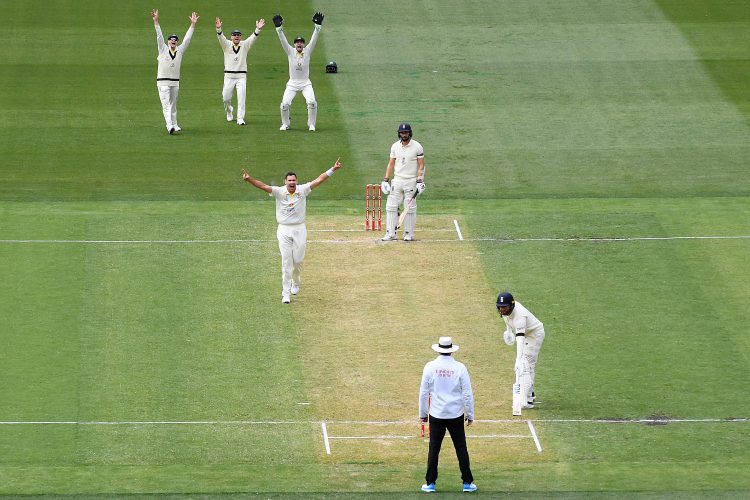 Australia’s Ashes dominance continued on day one of the third Test at the Melbourne Cricket Ground, with the hosts dismissing England for 185 on boxing day after winning the toss and choosing to bowl. The captain Pat Cummins set the tone in the opening session on his return to the side, bursting through the English top order as the visitors were bowled out under 200 runs for the 12th time in 2021. The hosts extended their advantage in the final session with the bat, putting on 61 runs for the loss of only one wicket.

England made four changes to the side that lost the second Test in Adelaide by 275 runs, but the story remained the same as Australia ended the day only 124 runs behind with nine wickets in hand. After a delayed start caused by morning showers, it took just 11 deliveries for Pat Cummins to make the breakthrough as Haseeb Hameed was dismissed for his second consecutive duck of the series and England’s 50th of 2021.

Hameed’s new opening partner Zak Crawley didn’t last too long either, edging to Cameron Green at gully off Cummins for 12. Dawid Malan and Joe Root once again briefly steadied the ship after losing both openers, but Cummins returned in the final over before Lunch to nick off the left-hander to first slip, leaving England in a familiar position of trouble.

Joe Root raced to his third fifty of the series after the break, but much to his dismay, the England captain failed to convert once again, poking at a wide delivery way outside off-stump from Mitchell Starc and edging behind to Alex Carey. England’s innings followed a familiar trajectory following the loss of Root, with Ben Stokes and Jos Buttler falling cheaply before the Tea break while looking to up the scoring rate.

Stokes cut one straight to Nathan Lyon at point off Cameron Green while Jos Buttler danced down the track to Nathan Lyon and holed out to Scott Boland in deep on the stroke of Tea. Australia wrapped up the innings in a hurry in the final session as Mitchell Starc knocked over Jonny Bairstow with a sharp bouncer before the debutant Scott Boland dismissed Mark Wood to pick up his maiden Test wicket. Ollie Robison added some vital runs down the order, but Nathan Lyon picked up the final two wickets to dismiss the tourists for just 185.

With the bat, the Australian openers managed their first half-century partnership of the series before James Anderson had David Warner caught at gully as the hosts ended the day on 61 for one.