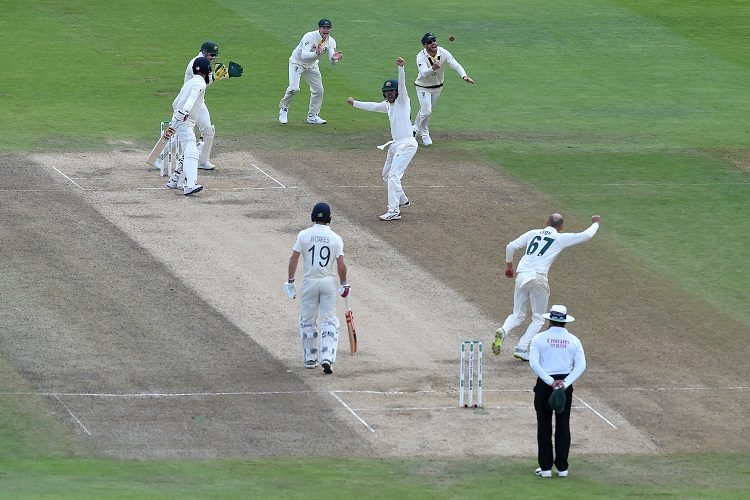 Australia won the fourth Test of the ongoing Ashes, at Old Trafford, to go 2-1 up and retain The Ashes. However, England may still draw the series with a win at The Oval and secure valuable points in the ICC Test Championship. If that happens, it will be the first drawn Ashes series in 47 years. However, England have won 42 Tests here and lost 22, and have not lost a Test series at home since 2014.

0.747 win-loss ratio of England against Australia (109 wins, 146 defeats), their worst against any team. Barring Australia, they have lost more than won only against West Indies (49 wins, 51 defeats).

2 wickets needed by Peter Siddle (48) to become the 12th Australian (1st from the current squad) to take 50 Test wickets on English soil. Of the other 11, Bill O’Reilly and Merv Hughes have exactly 50 wickets apiece.

2 hundreds for Steven Smith at The Oval, the joint 2nd-most by any touring batsman. He is tied with 8 other batsmen. Bruce Mitchell (3) is the only one to have more.

11 Ashes hundreds for Smith. He needs 1 more to draw level with Jack Hobbs and reach 2nd spot, after Bradman (19).

18 years since Australia had last won an Ashes series on English soil. Since then they have lost in 2005, 2009, 2013, and 2015. However, irrespective of the outcome this time, they have managed to retain The Ashes, once again, for the first time in 18 years.