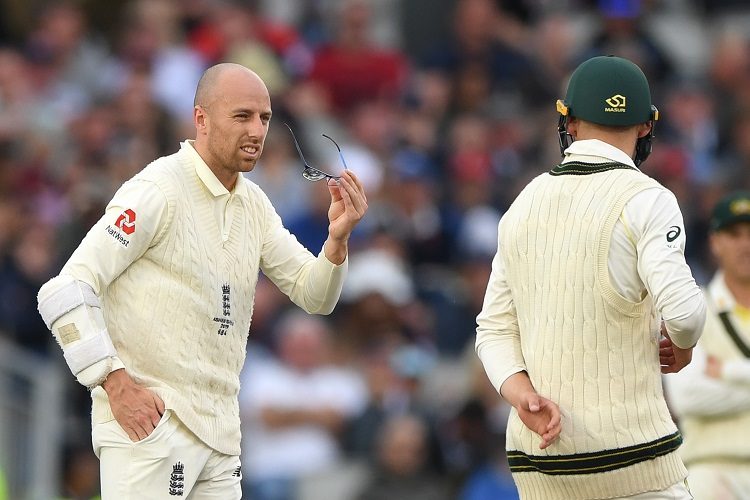 From 226/8, Jos Buttler (64 not out from 84 balls) helped England recover to 271/8 by stumps on Day 1 at The Oval. With him is the ubiquitous Jack Leach (10), whose obdurate presence at the crease is something the Australians must have got used to by now. The pair has put on 45 for the ninth wicket, and will definitely want to stretch that as much as possible.

The wicket has provided little challenge, and unless something drastic happens, there are runs to be taken. Despite that, Australia should have bowled England out before stumps, but for some dropped catches in the first session. The bowling rate – only 82 overs were bowled in the day – was way below par, too.

Australia's decision to bowl raised quite a few eyebrows, and Rory Burns (47) and Joe Root (57) soon demonstrated why. Before that, however, Steven Smith had taken a juggling catch at second slip to dismiss Joe Denly (14) off Pat Cummins (2/73).

Burns and Root looked batted solidly till lunch and some time beyond. They added 74 before Josh Hazlewood (2/76) bowled bounced, Burns tried to hook, and the top edge ballooned to mid on. Ben Stokes (20), promoted to four, then top edged a pull off Mitchell Marsh (4/35).

Bowling to a nagging line and length and moving the ball away, Marsh – playing his first Test of the series – was Australia's best bowler on a day when Peter Siddle struggled and Nathan Lyon pulled a muscle, leaving Australia with two frontline bowlers.

Cummins then bowled Root with one that pitched on middle and straightened to beat him. Then Marsh trapped Jonny Bairstow (22) leg-before (a review was overturned), had Sam Curran (15) caught at second slip, and got Chris Woakes leg-before. Then Hazlewood moved a ball significantly off the surface to have Jofra Archer (9) caught behind.

Stuart Broad (England): With over 3,000 Test runs, Broad, easily the best No. 11 in the world, will have to play his part in the morning before switching role to take over as the spearhead of the English attack. With 19 wickets from 4 Tests, he is their leading wicket-taker; he has also dismissed David Warner 6 times in 8 innings.

Steven Smith (Australia): Smith is definitely keen on adding something significant to his near-absurd tally of 671 runs in 3 Tests. There are too many records to be broken here and some ICC Test Championship points to be taken. Remember, he has 2 hundreds from 3 Tests here.

England to cross 300 before Smith takes over.