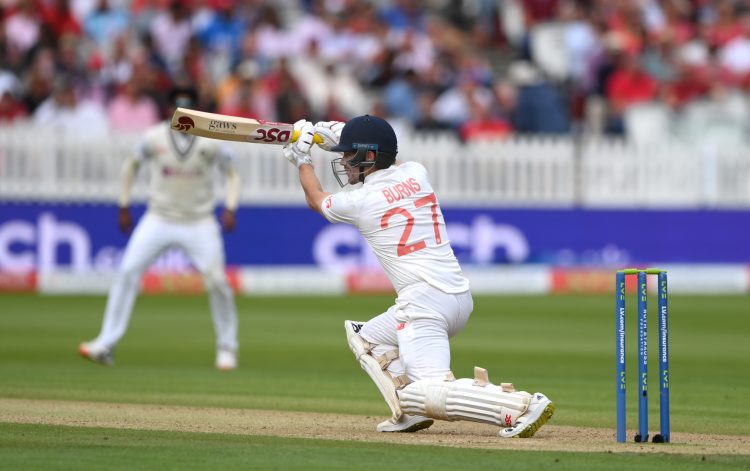 It was another absorbing day of cricket at Lord’s as England fought back hard on Day two of the 2nd Test thanks to some inspired bowling from James Anderson and another fluent innings from their captain Joe Root. India started the day with 400 firmly on the cards, but after two quick wickets in the morning session and precious few runs from the tail, the visitors were bowled out for 364. England finished the day on 119-3 with Joe Root looking at his fluent best as the hosts trail India by 245 runs in the first innings.

England had the perfect start to the day and removed both overnight batters within the first seven balls of the morning. KL Rahul only added two runs to his score and was dismissed in unfortunate fashion after driving the ball straight into the hands of short extra cover, while Ajinkya Rahane continued his lean patch in Test cricket, edging a James Anderson delivery to first slip.

The two left-handers Ravindra Jadeja and Rishabh Pant were forced to consolidate after the early double blow, and the pair shared an important 49-run partnership before Rishabh Pant was beaten for pace by Mark Wood on 37. With no R Ashwin in the side, India fielded a long-tail with four fast bowlers not known for their batting ability, and Ravindra Jadeja was forced to farm most of the strike following Pant’s dismissal.

Ishant Sharma offered the most resistance alongside the all-rounder, but James Anderson returned to clean up the Indian tail and continued to defy age as he picked up his 31st Test 5-wicket haul.

With the bat, the hosts once again slipped to now what is a customary 23-2 with Mohammed Siraj removing two off England’s top three off consecutive deliveries after Tea. After grinding through the first 14 overs and seeing off the first spell, Sibley chipped a delivery straight to the catching man at short mid-wicket for the 2nd time in two Tests. He was shortly followed back to the Lord’s pavilion by Haseeb Hameed, who will want to forget his return to the Test arena after missing a straight delivery from Siraj that clattered onto middle stump.

Things could have got even worse for England at 23-2, but Joe Root eased the nerves and steadied the innings alongside Rory Burns as India lost a bit of momentum in the final session after two unsuccessful reviews. The pair punished any wayward deliveries from the Indian seamers in the final session, and strung together a promising 85-run partnership to bring the hosts back into the game. Burns was dismissed one short of a half-century by Mohammad Shami, but Root continued to shine and ended the day on 48*, with England still 245 runs behind in the first innings.