All-round Narine knocks out RCB in the Eliminator

All-round Narine knocks out RCB in the Eliminator 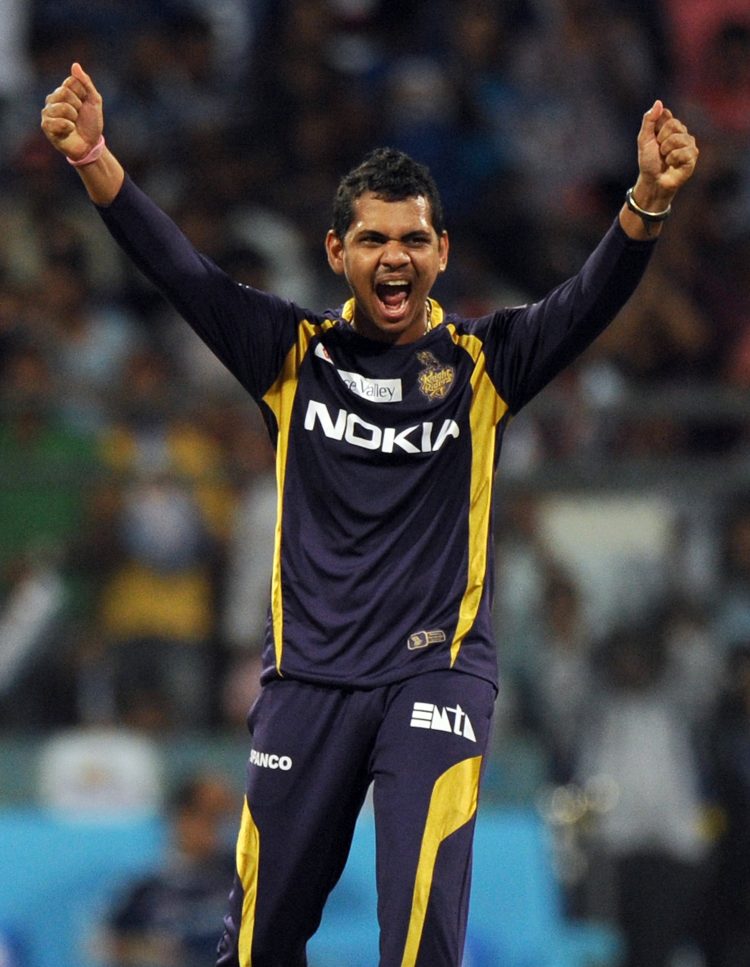 It was the Sunil Narine show in the Eliminator at Sharjah on Monday night as the West Indian starred with both bat and ball to take the Kolkata Knight Riders one step closer to the 2021 IPL final. Narine spun webs around the RCB batting line-up, picking up 4 for 21 to restrict Virat Kohli’s side to 138, before also changing the game with the bat with his 15-ball 26. Narine’s exploits sends RCB home at the Eliminator stage for the second consecutive season and extends Virat Kohli’s wait for his maiden IPL title.

Both sides entered this knockout fixture on the back of some excellent form, and it was RCB who landed the first punch in the powerplay. Kohli looked to make the most of the hard new ball and field restrictions and targeted the youngster Shivam Mavi – whom he pummelled for three boundaries. Lockie Ferguson also conceded 12 off his first over but hit back smartly with the wicket of Devdutt Padikkal in the final over of the powerplay.

At 53/1, RCB were off to a promising start in the first six, but the slowdown eventually came as Eoin Morgan introduced the spinners with the field spread out. Shakib, Chakravarthy and Narine conceded only 17 runs between overs 7-10, and the pressure eventually brought a wicket as Srikar Bharat holed out to long-off in Narine’s first over.

What followed from the West Indian was even more impressive as he bowled Virat Kohli with an off-break, got one to sneak through the defences of AB de Villiers before removing Glenn Maxwell with a carrom ball. In the span of three overs, Narine dismissed the three most dangerous opposition batsmen and his wizardry limited Bangalore to a sup-bar total of 138.

Kolkata got off to a similar start to RCB in the powerplay, taking 48 runs for the loss of Shubman Gill, and the RCB spinners – Maxwell and Chahal – kept things tight in the first three overs post the powerplay to slowly build up the asking rate.

However, Nitish Rana released some of the pressure with a couple of reverse-sweeps off Maxwell that flew to the boundary before Sunil Narine was introduced to make another game-defining contribution. The West Indian completely changed the complexion of the run-chase as he smashed his first three deliveries for six in a 22-run over from Dan Christian that brought down the required rate to below five.

Although RCB did well to take the game deep following that onslaught, KKR eventually crossed over the line with Shakib Al Hasan reverse-scooping one to the fine leg boundary in the 20th over.