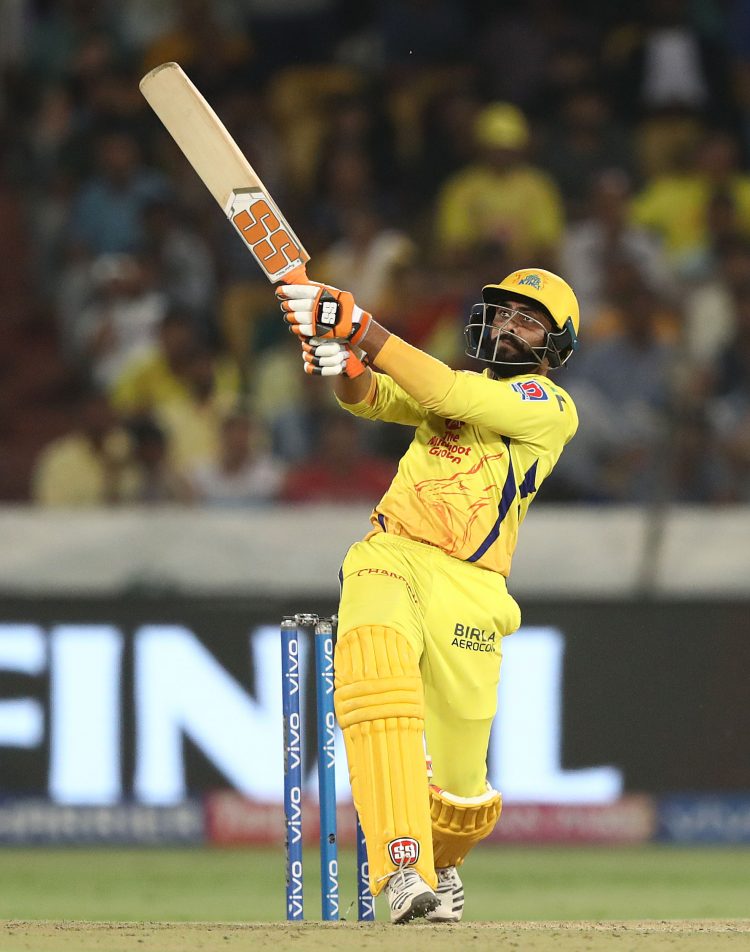 It was the Ravindra Jadeja show at the Wankhede stadium in Mumbai as the all-rounder single-handedly demolished the Royal Challengers Bangalore to give them their first defeat of the 2021 season. Jadeja scored a stunning 62 off 28 deliveries, took 3 wickets for 13 runs and registered one run-out to help the Chennai Super Kings win by an emphatic 69 runs and leapfrog RCB to go to the top of the table.

After going against the trend and opting to bat first at the Wankhede, Chennai built a solid foundation with openers Ruturaj Gaikwad and Faf Du Plessis. The South African opener managed his second consecutive half-century in the tournament but fell just after reaching his 50 to bring Jadeja at the crease. The all-rounder initially found it difficult to find his timing and was fortunately dropped on nought by Dan Christian.

Jadeja made Christian and Bangalore pay for that mistake as he smashed a mind-boggling 37 runs off the final over of the innings against the purple cap holder Harshal Patel. Jadeja started the over with two flat sixes over cow corner before hitting a chest-high full toss over the ropes as well. He followed it up with two more sixes and one boundary to score a record-equalling 37 runs off the over. That final onslaught propelled the Men in Yellow to an extremely competitive total of 191 to give them the momentum they need to win this top of the table clash.

Following his excellent performance with the bat, Jadeja backed it up with the ball with a brilliant spell that broke the back of the RCB middle order. The all-rounder was brought into action straight after the powerplay with RCB in a good position at 65-2 thanks to some clean striking from Devdutt Padikkal. The left-arm spinner struck with only his second delivery as Washington Sundar holed out to Ruturaj Gaikwad at cow corner. Jadeja followed that up with the big wicket of the in-form Glenn Maxwell before running out Dan Christian with a laser-eyed direct hit.

The All-Rounder then sealed the victory and put the cherry on the cake with the wicket of AB De Villiers with a peach of a delivery that spun to hit the top of off stump. Jadeja and Tahir combined for 5 wickets through the middle overs as RCB eventually finished 69 runs short of Chennai’s total. It was a stunning performance from Jadeja and Chennai who have now won four of their five matches in Mumbai and look set for another top-four finish.