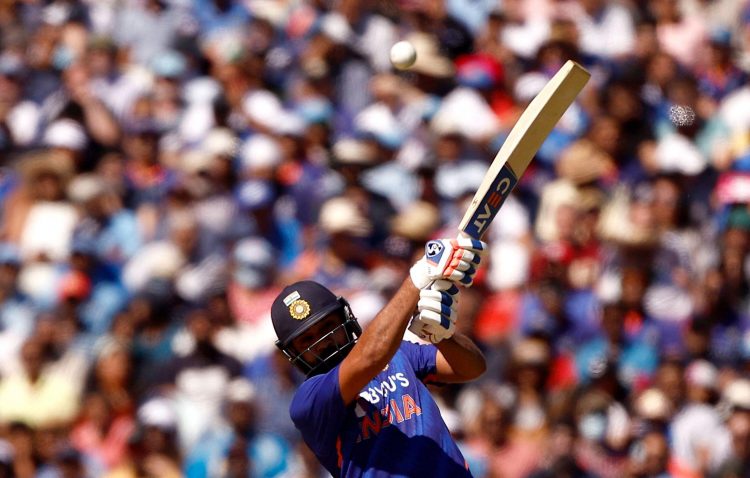 India’s extended their white-ball dominance over the West Indies on Friday in the first international game at the Brian Lara Stadium as the visitors registered a thumping 68-run win in the opening T20I in Tarouba. Rohit Sharma (64 off 44) and Dinesh Karthik (41* off 19) propelled the Men in Blue to a commanding total of 190 for six before the Indian spinners picked up five wickets between them to restrict the West Indies to 122 for 8 in the chase.

After being put into bat first on a slow-paced wicket, Rohit Sharma and his new opening partner, Suryakumar Yadav, gave India a fast start to the powerplay as 43 runs came in the first four overs. However, the left-arm spin of Akeal Hosein unsettled Suryakumar Yadav throughout his innings, and the all-rounder had his reward when the opener sent a leading edge to Jason Holder at short third. Hosein also took a sensational catch at slip to remove Shreyas Iyer for a duck, with just two runs and two wickets coming in the final two powerplay overs for the visitors.

After slowing up slightly amidst the loss of two wickets, Rohit Sharma cut loose through the middle. The captain pulled Alzarri Joseph into the stands before carving two boundaries through the vacant off-side region behind point. While Rishabh Pant and Hardik Pandya departed cheaply, Rohit brought up his half-century in 35 deliveries with a pair of boundaries against Alzarri Joseph. Sharma holed out to deep cover on 64 as he looked to maintain the scoring rate, but just as the Indian innings began to lose some steam, Dinesh Karthik provided the perfect finishing kick.

The wicketkeeper scored 36 runs in the last two overs alongside Ravichandran Ashwin, with the pair sharing a 52-run stand that took the visitors to an imposing score of 190 for six in 20 overs.

In response, Kyle Mayers gave West Indies a blazing start, scoring three boundaries in the first five balls he faced. However, the left-hander’s blitzkrieg ended on 15 after he failed to bail out of his pull shot against Arshdeep Singh, spooning a simple catch to deep mid-wicket. The Indian spinners took control of the innings following Mayers’ initial onslaught. Ravindra Jadeja bowled over Jason Holder in the powerplay for a duck, while Ashwin removed left-handers Nicholas Pooran and Shimron Hetmyer on his comeback to the Indian T20I side.

India’s decision to go with three spinners in the game also paid off as Ravi Bishnoi castled Rovman Powell with the first delivery of his spell before removing Odean Smith one over later as India comfortably wrapped up the win to take a 1-0 lead in the series.