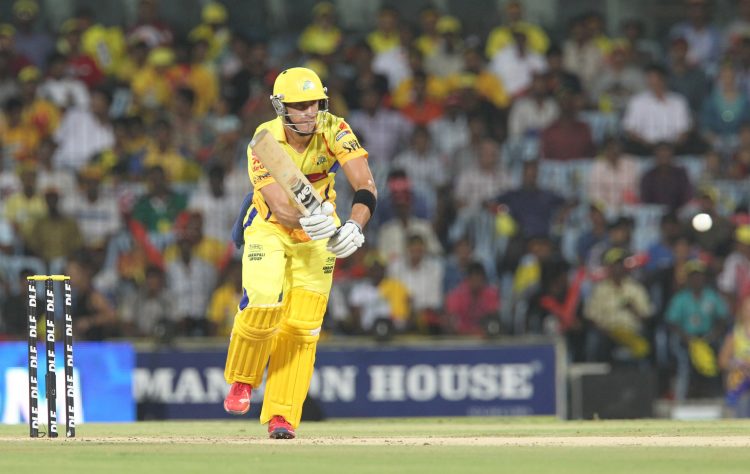 The Chennai Super King’s victory against Rajasthan was the perfect team performance from the men in yellow. This was a collective effort, with the top individual score being 33 from their total of 188 and 5 bowlers chipping in with the wickets. MS Dhoni might not have been amongst the runs today but his tactics and use of bowlers were spot on as Chennai were comfortably able to defend their target of 188 to win their first game at the Wankhede Stadium while batting first.

Chennai were able to make full use of their batting depth in the game and they got off to a flying start through Faf Du Plessis. The South African took the attack to Rajasthan’s left arm seamers to help CSK score 46 runs in the Powerplay. His momentum was continued by Moeen Ali and Ambati Rayudu who continued to play with positive intent in the middle order. The Englishman has settled in perfectly at CSK at number 3 and provides the perfect balance at the top of the order alongside strike rotators like Suresh Raina. Despite their fast start, Chennai slowed down in the middle overs and Rajasthan came back into the game after Chetan Sakariya picked up the wickets of the two set batters Raina and Rayudu in the 14th over.

The Men in Yellow were reeling at 143-5 with three overs remaining but were eventually bailed out of trouble by their long batting line up that scored an immense 45 runs in the final three overs. Dwayne Bravo, in particular, changed the momentum of the innings with a quickfire 20 of 8 deliveries.

In their chase, Rajasthan started off well thanks to Jos Buttler and were cruising at 79-2 after 10 overs before a smart tactical switch from MS Dhoni turned the game on its head. Noticing that there was significant turn and grip on offer after the ball had been changed midway through the innings, MS Dhoni chose to persist with his spinners through the middle overs. This proved to be Rajasthan’s downfall as Ravindra Jadeja bowled one of the balls of the tournament which gripped and turned off a length to castle Jos Buttler for 49 before dismissing Shivam Dube 5 balls later. Moeen Ali continued to wreak havoc from the other end and picked up 3 wickets in the space of 2 overs to seal Chennai’s victory.

The spinners conceded only 35 runs from their 7 overs while also picking up 5 wickets between them and the duo of Jadeja and Moeen Ali eventually proved to be the difference as they guaranteed the win to lift Chennai to second in the table behind Royal Challengers Bangalore.