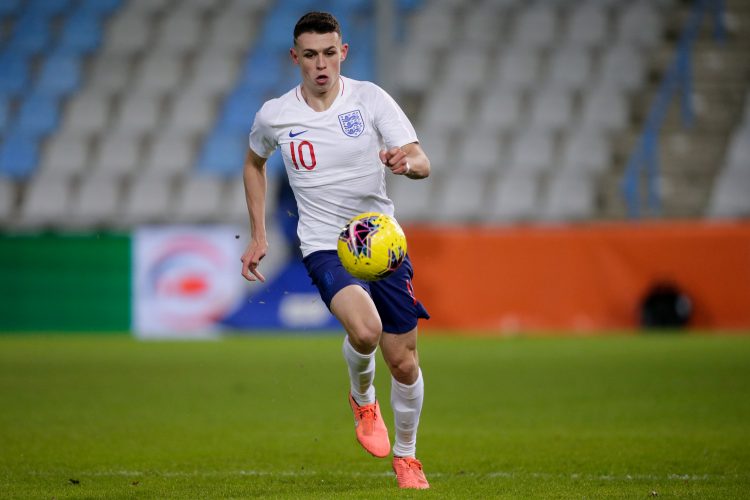 The European Championship presents the perfect opportunity for youngsters from across the continent to make a name for themselves on the biggest stage. Be it Wayne Rooney in 2004, Andrey Arshavin in 2008 or Renato Sanches in 2016, plenty of youngsters have emerged into stardom during the second biggest tournament in world football. That being said, Euro 2020 provides another great opportunity for youngsters to shine and here are five young players you need to watch out for this summer.

Gianluigi Donnarumma has been billed as Buffon’s successor and the 22-year-old is already amongst the top goalkeepers in the world. Donnarumma made his debut for Milan at the age of 16 and has already made over 215 appearances for the club in Serie A. Donnarumma has an excellent record for the national team – keeping 14 clean sheets in 25 games – and is a big reason why Italy had the second-best defensive record in the qualifying campaign for the tournament.

The Manchester City midfielder is one of the stars of the next generation for Spain and has already had a great start to life with the national team, scoring 6 goals in 8 starts for La Roja. Despite being in and out of the Manchester City team, Torres still managed 13 goals in his debut season at the Etihad. The 21-year-old will be incredibly important to Luis Enrique’s side this summer, providing some much-needed pace and directness to their attack.

The Portuguese national team is currently in the midst of a golden generation and arguably the player with the biggest potential is Joao Felix. Felix made waves in the footballing world when he signed for Atletico Madrid for €127 million in 2019 but has failed to live up to the hype since then with his performances for Diego Simeone’s side. Nevertheless, Felix has all the talent and ability to have a breakthrough summer with Portugal and will thrive alongside the likes of Cristiano Ronaldo, Bernardo Silva and Bruno Fernandes.

Kai Havertz has been dubbed as the prince of German football and etched his name in history in recent weeks after scoring the winning goal for Chelsea in the final of the Champions League. Havertz is a silky playmaker blessed with pace and incredible spatial awareness and will be incredibly crucial for Germany this summer alongside Serge Gnabry and Leroy Sane in their front three.

Phil Foden established himself as one of the first names in Pep Guardiola’s Manchester City XI last season and ended the campaign with 16 goals and 10 assists in all competitions as well as the PFA Young Player of the Year award. Foden is no stranger to international competition, having won the golden ball for England during their U-17 World Cup win in 2017 and will look to build on his excellent season with the three lions this summer.