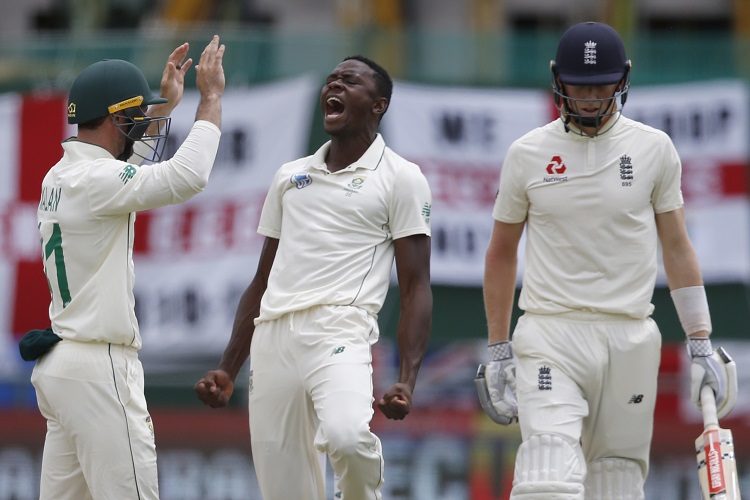 England have now had quite a few good days on the tour, and that’s good to see from the visitors perspective. This was a near-perfect day for them, bar the rain at the end of the day that stopped them from attempting to make further inroads into the South African line-up.

Despite that, England ended the second day of the Port Elizabeth Test 439 ahead after reducing South Africa to 60/2, having earlier in the day declared their first innings closed after posting 499/9. England, dare we say it, seem to have found a solution to their batting woes, finally, with Ollie Pope scoring his maiden Test century and Ben Stokes setting things up with a 120.

All of which made it a near-perfect day for the visitors. The sweetener came in the final session, when after Dean Elgar and Pieter Malan put on 50 for the opening wicket, Dom Bess nipped out two quick wickets to reduce the home side to 60/2. There was also the morale-boosting sight of Mark Wood, playing his first Test on his return, clocking up to 150kph.

So where do the teams go from here? For South Africa, it’s simply a case of their inexperienced batting line-up having to come up good. Faf du Plessis and Quinton de Kock are still to come, but South Africa will need the likes of Elgar, Anrich Norte, the nightwatchman, and Rassie van der Dussen to all contribute – they will need a couple of centuries between them, at the very least, and must ensure it’s a day of attrition.

As for England? They will be confident of going through South Africa, especially with Wood clocking mind-boggling speeds and Bess seemingly in a good nick. There are also signs of spin from the surface, and all in all, England hold the upper hand. It’s up to South Africa now to wrestle it from them.

Mark Wood (England): Bess will be key for England to take wickets, but there’s something about Wood making his return and clocking such high speeds that psychologically can dent a brittle South African line-up. How will the home side fare against him? That will be key.

Quinton de Kock (India): South Africa have a mammoth task ahead of them, and that puts great emphasis on how de Kock does. He has, in the past Tests, been at times guilty of not seeing through what is needed, and throwing away his wicket. It’s imperative he be mindful of that.

South Africa to be bowled out for around 300.