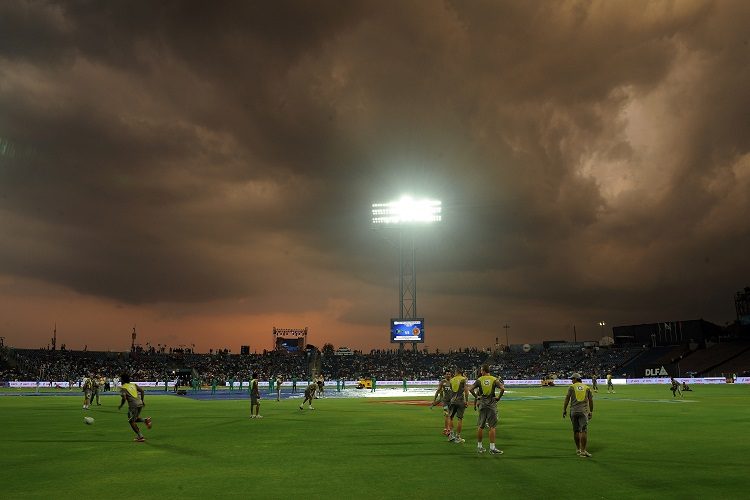 Only as many as 18.2 overs were possible on the second day of the first Test in Rawalpindi as rain and then bad light restricted play on Thursday, December 12.

However, in those few overs, a fair bit did happen. Sri Lanka moved from 202/5 to 263/6 in that space, with Niroshan Dickwella, the overnight batsman, adding 22 runs to his overnight 11 before being dismissed.

Dickwella and Dhananjaya de Silva extended their overnight partnership to 67 runs too, although they were troubled early on in the day – the floodlights were on right from the start – with both batsmen being beaten by the pacers.

Despite that, they got moving and de Silva, in particular, kept the scoreboard moving. The first boundary of the day came off Naseem Shah when de Silve gave it a gentle push, and there were numerous quick singles that helped him end the day at 72*. He suffered a close call when, after edging one behind, he was called back from the boundary after replays suggested the ‘keeper hadn’t taken the catch cleanly.

As good as de Silva was, Dickwella never looked that assured. He kept pushing at deliveries, and it wasn’t too surprising when, with the second new ball, Shaheen Shah Afridi managed to get him to fend one to gully. However, after just 12 further deliveries, the players were taken off due to bad light, with a bit of drizzle then ensuring stumps was imminent.

The loss of a majority of the day means the Test is now very likely headed for draw. Even if all of the remaining days of play is possible, four innings are still to be completed, and unless one of the teams encounter an almighty collapse, that seems hard to comprehend.

The forecasts, in fact, don’t make for much encouragement: rain is forecast through to Saturday, meaning this one is quite likely to be a damp squib, and a depressing return of Test cricket to Pakistan.

The match will fade away to a draw.