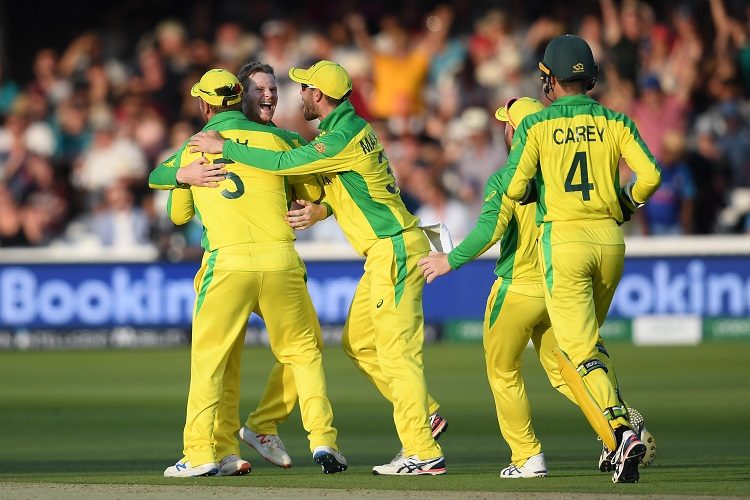 Pakistan beat Afghanistan in a thriller

Imad Wasim’s unbeaten 49 off 54 balls helped Pakistan inch past Afghanistan in a must-win clash at Headingley to keep their semi-final hopes alive. Wasim also picked up two wickets in a bowling performance dominated by Shaheen Afridi’s 4/47. Wahab Riaz returned 2/29 as Afghanistan were restricted to 227/9. Asghar Afghan and Najibullah Zadran got twin scores of 42 and Rahmat Shah got 35 at the top of the order.

In reply, Pakistan lost Fakhar Zaman for a duck in the first over but Imam-ul-Haq (36) and Babar Azam (45) added 72 runs for the second wicket to put Pakistan in command. However, Afghanistan spinners worked their magic yet again as Pakistan lost wickets in the middle overs to slip from 81/3 to 156/6 before Wasim and Shadab Khan added 50 runs for the seventh wicket.

After Khan’s dismissal, Riaz chipped in with 15 off nine balls with one four and a six to add 24 runs with Wasim and lead Pakistan to victory with just two balls to spare. Mujeeb Ur Rahman and Mohammad Nabi got two wickets each while Rashid Khan returned with one wicket to his name.

Australia beat New Zealand by 86 runs at Lord’s to consolidate their position at the top of the points table of the ICC World Cup 2019. The loss puts more question marks over New Zealand’s chances of making the final four.

Australia won the toss and batted first but soon found themselves in trouble at 92/5 as Lockie Ferguson and Trent Boult ran through Australia’s batting order. It took a 107-run sixth-wicket stand between Usman Khawaja (88) and Alex Carey (71) to help Australia recover from the slump and finish at a respectable 243/9 even as Boult took a hat-trick to end the Australian innings. He finished with 4/51.

In reply, New Zealand got a cautious start as Henry Nicholls (8) and Martin Guptill (20) added 29 runs in just under 10 overs. But losing both openers in quick succession pegged New Zealand back. Kane Williamson (40) and Ross Taylor (30) added 55 runs for the third wicket but as soon as those two were dismissed the rest of the batsmen followed quite quickly.

Mitchell Starc finished with 5/26, accounting for the key wickets of Williamson and Tom Latham (14) as well as three tailenders. New Zealand were bowled out for 157 in 43.4 overs.

Sri Lanka’s Nuwaan Pradeep has been ruled out of the remainder of the World Cup due to chickenpox. Fast bowler Kasun Rajitha has been named Pradeep’s replacement.

Pradeep had also been ruled out of the clash against Bangladesh after dislocating a finger. He finishes his World Cup with five wickets from three matches.

Rajitha, who was in Sri Lanka’s list of stand-by players, has five wickets to his name in a short ODI career of six matches. Sri Lanka play West Indies on Monday, July 1 and a win in that game will keep their semi-final hopes alive. A loss, however, will end their campaign.

Aiden Markram and Temba Bavuma will lead South Africa A’s four-day and one-day teams respectively on their tour of India in August and September this year. The tour will serve as a curtain raiser to the senior men’s international team’s tour of 3 T20Is, 3 Tests starting September 15. “This is one of the most important South Africa A tours we have planned for some time,” said CSA National Selection Panel (NSP) convener Linda Zondi.

Anrich Nortje, who missed out on the World Cup squad due to injury, has been picked in both the squads while Beuran Hendricks, Dale Steyn’s replacement in the World Cup squad, and Heinrich Klaasen have been named in the one-day squad. The visitors will play five one-day matches from August 29 to September 6 in Trivandrum and will then go on to play two four-day games starting September 10 and September 17 in Waynad and Mysore respectively.